Concerns over rising costs of converting Abertillery chapel into library 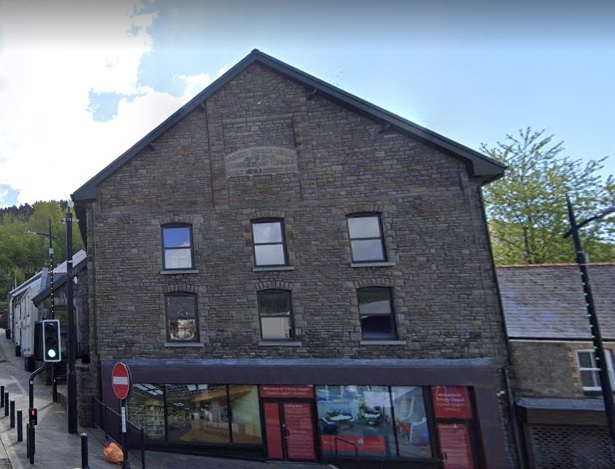 For well over a decade Blaenau Gwent County Borough Council has worked on projects to convert Trinity Chapel in Abertillery and bring it back into use.

At a meeting of the council’s regeneration scrutiny committee, councillors  received an update on the project from regeneration opportunities team manager Amy Taylor.

Details of the costs of the projects had been asked for by councillors in previous meetings.

She explained that the chapel was falling into disrepair and becoming an issue in the town centre.

The first idea was to convert the ground floor into an indoor market and  provide business units for the upper level.

The cost of this, Ms Taylor said, was £740,000,  and the council received funding from the Convergence Programme which was matched from a number of other sources

Ms Taylor said a number of “significant issues” affected the timescale and the delivery costs for the project, including an “unforeseen sewer” and a water main discovered on site

“In the end the costs of conversion rose to £1.2 million, and we secured funding to bridge the deficit through the vibrant and viable places programme.”

The next idea was to turn it into a library and adult education centre. This has already cost £900,000, including Welsh Government funding from the transforming towns programme.

Cllr Phil Edwards used to run a carpet business from the former chapel.

“The extra costs have come as a bit of a shock to me.

“I spoke to the site manager at the time as I couldn’t understand why they didn’t contact me when this work was taking place.

“I could have told them where the sewer and water pipes were, and it would have saved the council a fortune.

“This has been one big waste of money altogether; the building could have been knocked down and something built there for a lot less

“It’s not up and running and prices could yet escalate as inflation goes up.”

“It’s eye-watering figures, the original intention was to have a building that was fit for purpose to serve the people of the town, the costs have almost trebled, I don’t see where we are going for this.

He agreed that knocking it down and a brand-new building would have been “far better.”

Cllr John C Morgan asked when the project would now be finished.

Ms Taylor told the committee that there were ongoing talks taking place with the Coalfields Regeneration Trust as part of a community asset transfer.

Ms Taylor said that the council was hoping the deal could be completed “as soon as possible” but there were issue on getting further Welsh Government funding to finish the work.