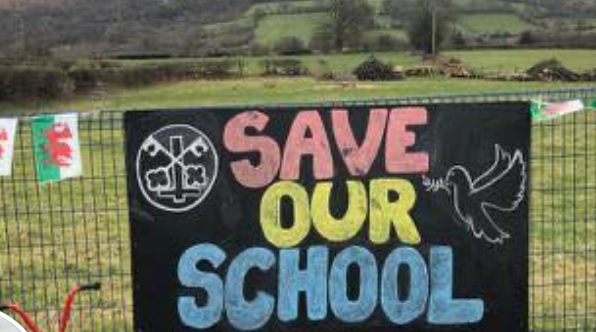 EXPECTING the Welsh Government to review a decision to close a Powys school near Crickhowell has forced a delay in its closure.

It was revealed a meeting of Powys County Council’s Learning and Skills scrutiny committee on Wednesday, June 29 that education department staff expected the Swansea and Brecon diocese to ask education minister, Jeremy Miles MS to review the decision to close Llanbedr Church in Wales school on August 31, 2022.

In March, the diocese had publicly said it wanted to review the closure of the school, but the application was never made.

The committee was looking at a report to delay the closure of the school for a year until August 31, 2023.

Cllr Lucy Roberts said:  “My understanding is that we’ve missed the boat.”

Cabinet member for a learning Powys, Cllr Pete Roberts said:  “Redundancy and other processes have not moved forward, the earliest the school could actually close is the end of the Christmas term.”

Schools transformation manager, Marianne Evans explained that as Llanbedr is a church school, the governing body and diocese could lodge an objection to its closure.

“We were notified by the diocese that they would make a referral, but it wasn’t made,” said Ms Evans.

Cllr Pete Roberts told the committee that this delay would give an opportunity for the whole school’s catchment area to be looked at.

“Throughout the entire process there has been emphasis on the benefits of catchment reviews, Ystradgynlais has been cited as how everyone went through the system together and the benefit of that.

“We are looking to review the entire catchment to ensure that options can be considered before the Llanbedr site is closed.”

He added that in staffing changes at other schools had opened up the: “opportunity for more significant transformation in the area.”

Conservative group leader, Cllr Aled Davies who was part of the cabinet who took the decision to close the school earlier this year, wondered whether there was enough “capacity” in the school transformation team to do another catchment area review.

He also pointed out that Estyn inspection last year, the regulator was happy with the school transformation strategy

“I wonder what the regulators thoughts would be that we are failing to take difficult decisions,” said Cllr Davies.

“We will be reassuring Estyn that these are specific reviews and that the programme as a whole is not affected.”

The committee then voted to enter confidential session, to discuss financial aspects of the report

Their comments will feed into the report on the proposal which will be decided by the cabinet at a meeting on Tuesday, July 5.