NEARLY 25,000 people with second homes in Wales pay extra council tax but not in Carmarthenshire – and Iris John thinks that’s a shame.

Mrs John said her home township of Laugharne has changed and thinks a council tax premium should apply.

“There are so many second homes here – it’s absolutely killing the town,” she said.

“It’s got worse these last 10 years. The community feeling is gone.

“There’s such a lot of empty homes come the winter. It’s like a ghost town.

“Our young have got nowhere to go. There are no houses in their price range.”

Mrs John lived near Laugharne in her youth and moved there around 50 years ago when she married her late husband, Carey John.

“There were pubs everywhere – the community feeling was the thing,” she said.

“You could walk through Laugharne now and you might not know anybody.”

But she wouldn’t move away.

“Definitely not,” said the 75-year-old. “I overlook Laugharne, the castle – I’m one of the lucky ones.”

Councils have had the power to introduce council tax premiums of up to 100% on second homes, and also long-term empty properties, since 2017.

This year nine councils out of Wales’s 22 will charge a second home premium, affecting 24,873 people.

Swansea Council, which is new to this club, will charge second homeowners double council tax from April 1.

The argument for premiums is that people who can afford second homes can afford to pay more council tax – and that this revenue directly benefits the council area.

Second homeowners in Swansea may baulk at the 100% premium – and some may well look to register their property as a business to avoid the charge.

No extra charge applies in Carmarthenshire, despite some coastal towns like Laugharne experiencing a surge in second home ownership, sharp house prices rise and a loss of vibrancy in the winter months.

Carmarthenshire Council, which debated the issue in January, wants the Welsh Government to take more action at a national level before it introduces a premium in the county.

You can’t blame people who can afford a second home for wanting to buy one somewhere like Laugharne. They can provide decent self-catering accommodation for visitors, who spend money in the area.

And you can’t blame sellers for accepting an offer which may be £5,000 more than the next highest, with the buyer also in a position to complete the transaction rather than being in a chain.

Estate agent Matthew Thomas, who lives on the outskirts of Laugharne, understands the dynamics well.

He said more second homeowners were investors than in the past, when they would use the property more for themselves, visiting at weekends.

Mr Thomas added: “These investors are fully aware of the financial implications of additional taxes.”

He said places like Laugharne, and Langland in Gower was often featured in the top 10 places to live-type newspaper articles, which added to their desirability.

Of Laugharne itself, he said: “It was a traditional, hard-working cocklers’ town. Properties one by one have been rekindled and enhanced back to their original elegant status.

“It’s also the walks, the coastal paths, and you’ve got the association with Dylan Thomas. It’s wreathed in history.

“Every part and parcel of it becomes a lovely pattern.”

There’s also the Laugharne Weekend – the annual literary and arts festival – and the township’s popularity with production companies.

“This is always going to be a difficulty,” he said. “It’s certainly getting difficult for first-time buyers, but it’s the same the length and breadth of the country.”

Mr Thomas said a house marketed at the right price in Laugharne would sell nowadays in two or three weeks.

It’s not always buyers from London or Bristol, for example, descending in their droves.

Mr Thomas said two recent prospective buyers for a house that came on the market were from Swansea and Pembrokeshire.

He said a well-presented, three-bedroom terraced house in Laugharne would go on the market these days for around £200,000.

Mr Thomas said he had no desire to move.

“From going to other places I see the benefits that I have on my doorstep,” he said.

Land transaction tax, which has replaced stamp duty in Wales, has increased for second homes. The Welsh Government said this could help raise £13 million a year for social housing.

Swansea Council wants to use the extra revenue it will get from the 100% council tax hike for second homes to help increase the housing supply.

The changes coming into effect may well raise some eyebrows in Port Eynon, Gower, whose year-round population has diminished due to second homeownership.

Port Eynon community councillor David Lewis said he was worried that it was becoming “a village of second homes”.

He said: “I went to a timeshare some years ago in Little Haven (Pembrokeshire), and nobody was there. The landlord in the pub said 12 people lived there, but in the summer the population was 2,000.

“We are heading in the same direction.”

Mr Lewis said it was hard for young people to get on the housing ladder, but also said that if you wanted something you had to work for it.

He felt the doubling of council tax for second homes was a blunt tool, and that a better method would be applying increases on a pro-rata basis depending on the value of the property.

The hike is expected to affect around 1,100 second homeowners in Swansea, some of whom are from the city as well as further afield. The council wants to invest the additional revenue – plus that received from extra council tax on long-term empty properties – in new properties.

Donna Patterson, who isn’t a second homeowner, grew up in Port Eynon and neighbouring Horton.

She now runs the Smuggler’s Beach bar and kitchen in Port Eynon – and lives in a flat above it – plus the nearby Captain’s Table fish and chip shop.

There used to be several hotels in Port Eynon and Horton, plus shops and a post office.

The village shop her father used to run in Horton is now a holiday home.

Miss Patterson said people who were from the area but couldn’t afford to buy property were moving to places like Penclawdd and Llanelli, where houses were cheaper.

She said you couldn’t blame sellers for getting the most from a sale.

“I think they’ve got to go with what they can get,” she said.

“But in the winter here, it’s pretty dead.”

The 53-year-old said she felt that the decision to double the second home council tax was the right one.

“People with holiday homes aren’t going to welcome it, but you’ve got to get money from somewhere because councils are struggling,” she said.

With coronavirus restrictions lifting in Wales but foreign travel still prohibited, places like Laugharne and Port Eynon could well be bursting at the seams in the coming months.

Getting everything ready is Miss Patterson’s priority for now.

She said the end of the “stay local” rule last Saturday was a step forward and has her fingers crossed for better times ahead. 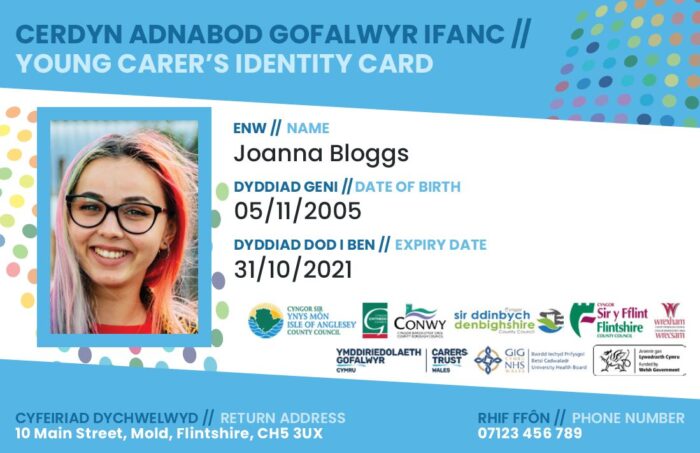