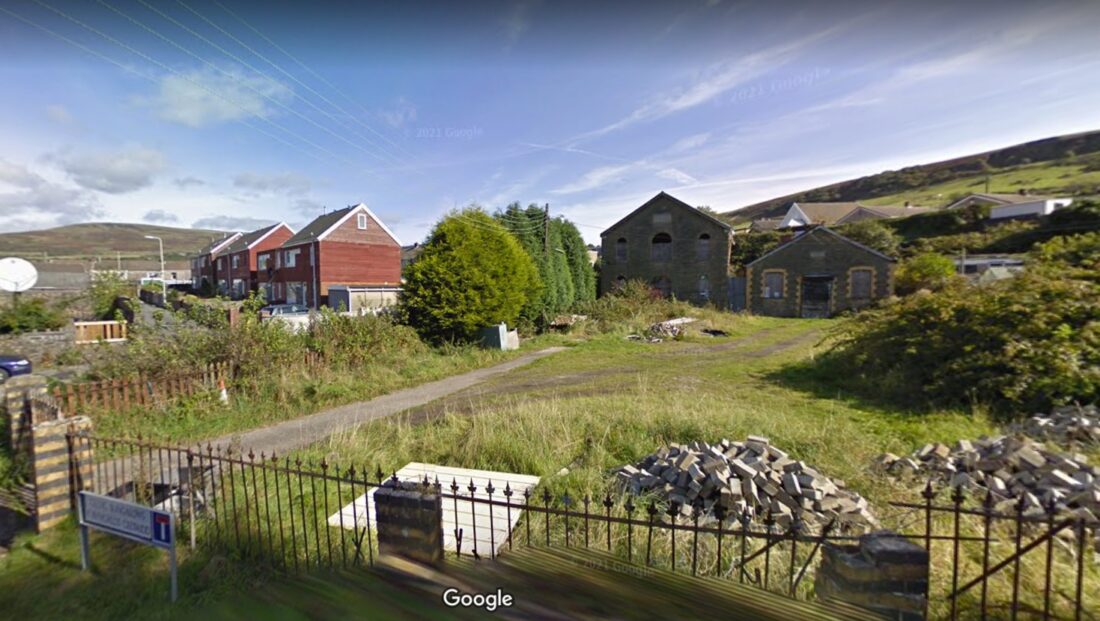 THE now derelict Ebenezer Chapel on Celtic Bungalows, Maesteg could be set for demolition after a planning application was put in to Bridgend County Borough Council (BCBC) to construct four new dwellings.

The site of the existing chapel and school room, which has been derelict for a number of years, will make way for two detached bungalows and two detached houses.

Bill May, who used to attend Ebenezer Chapel as a young boy, said it will be “sad” to see the building go.

“Whenever I hear a hymn being sung now, I can always see the old ladies coming out in their best regalia and talking outside the gate [of Ebenezer Chapel] on a Sunday. I can always see it,” said Bill, 75.

“If I go to a funeral and one of the Welsh hymns starts, that comes to my mind.

“I think it is very sad, but there were no members [left] in the end and it was beyond what members were left to repair it.

“You can’t leave it standing there doing nothing.

“I think the members who founded it and loved it would think that it would be most sinful just for it to stand there in wrack and ruin.”

Bills sister, Susan said she had many fond memories of the Chapel, but agreed that it was better that the building be put to use.

I went to Ebenezer as a child for years. My grandmother’s grandfather was one of the founding members who built it in 1868.

“I would rather see people living there than see it [become] an eye-sore.

“I think before it closed there were developing problems there with rain coming in and structural damage because it was so old.

“I went to Sunday school there and there were three services on a Sunday – morning and evening and always in Welsh.”

Susan, who went on to become a midwife and lecturer in midwifery, said the chapel had played a huge part in shaping her as a person.

“Another thing I did at the chapel, which gave me confidence for the rest of my life was that I would get up and recite a hymn for my grandmother in front of the congregation.

“I learnt a lot of Welsh hymns and it did give me confidence to get up and speak in front of people later in life.

“A lot of people who went there were the same. It gives you a sense of purpose.”

Maesteg East councillor at BCBC, Cllr Tom Beedle, said the 154-year-old chapel, which closed down in 1993 has become something of an “eye-sore” in recent years.

“When we were up there and looking at it, you could see how much of a dangerous state it is in.

“Any derelict site I would like to see brought back into life, either for its initial use or for a new purpose.”

Cllr Keither Edwards also saw the current structure as one that was in a dangerous state.

“I have concerns regarding the safety of the building and in the last 12 months the roof has collapsed internally making the structure more unsafe.

“I also have concerns about children [potentially] using the site as a play area when it is totally unsafe.”