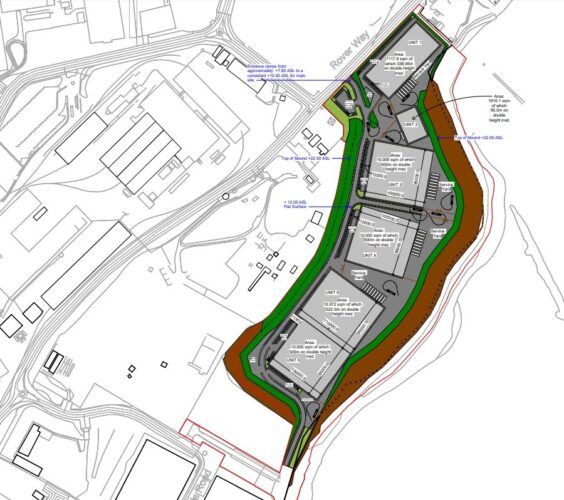 The same site had previously been granted permission for plans to build a controversial wood-burning power plant, first in 2018 then renewed in January this year.

But the power plant plans caused concerns from environmental campaigners, residents and local politicians about the potential increase of carbon dioxide emissions and air pollution.

In planning documents, developers said: “The current proposal is, in part, the same scheme as the previously approved but with two significant changes — the removal of the biomass power plant and an increase in [storage and distribution] space.

“The removal of the biomass power plant … will have the effect of significantly reducing the scale and environmental and visual impact of the development. It will also reduce in significance any noise and air quality issues.”

The site is next to the Celsa steelworks and Traveller camp, and is currently used as a motocross track. It was previously used as a tip for construction rubble and old car parts.

Due to its history as a dumping ground, the land is heavily contaminated with harmful chemicals. As part of the latest plans, Parc Calon Gwyrdd will remediate the land to make it safe and prevent any chemicals leaking into the adjacent Severn Estuary.

A nearby biomass power plant, in Barry, has been recently threatened with closure.

While the Barry Biomass plant has already been built, it is not yet fully operational. Developers built the power plant with “significant discrepancies” to its approved plans, and earlier this month Vale of Glamorgan council issued an enforcement notice to shut down and demolish the plant.