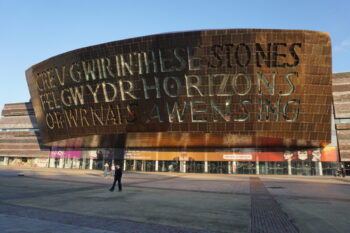 PROPERTY developers have paid Cardiff council’s planning department more than half a million pounds over the past five years for ‘advice’ on getting planning permission.

Since 2016 the council has received at least £519,180 from developers for tips on how to craft planning applications for the best chance of success.

The figures were revealed after a Freedom of Information request, showing how the council’s planning department provides advice to developers hundreds of times a year.

While planning departments giving advice to developers is legal, some critics have questioned whether this flow of huge amounts of money raises a potential conflict of interest.

“The council receiving payment from developers has to represent a serious conflict of interest. The local authority has a moral duty to be impartial, and to even-handedly represent the interest of all parties.

“Cardiff council has clearly failed in this duty, as evidenced by the corrosive sense of powerlessness experienced by communities throughout the city.”

The council said the practice is widespread across Wales, encouraged by the Welsh Government, and does not prejudice any decisions on granting permissions.

For most building projects, developers must apply for planning permission from the council. The council’s planning department acts as a regulator, to make sure new developments follow rules on things like the size and appearance of new buildings.

The council must offer basic advice by law. This includes a planning history of the site and any rules or regulations that would apply, with a brief assessment of development plans. The council charges a fee for statutory advice on each application, of £25 for householders, £250 for a development of up to nine homes, £600 for up to 24 homes, and £1,000 for over 24.

For more comprehensive advice, developers can choose to pay a higher fee. Discretionary planning advice, which the council does not have to offer by law, includes support for developers to make sure their applications are more likely to receive planning permission.

According to the council’s website, this discretionary advice “identifies at an early stage any need for specialist input, helps ensure your application is complete to avoid rejection … and indicates where a proposal is unacceptable, saving you the cost of an application”.

After asking for advice, developers could then meet with council planning officers, and receive a report with their recommendations. However, the practice has raised concerns about how the same planning department is both regulating property developers while also receiving large amounts of money from them.

“The city belongs to the people who give it life and vitality—and that is not developers. Receiving payment from these people confirms the suspicion many citizens have: the local authority’s relationship with developers is too close for comfort.”

“The Welsh Government actively encourages all local planning authorities to work proactively with developers, large and small, to guide and improve new development through the provision of pre-application advice.

“This work is universally seen as good practice in the planning profession, so it’s unfortunate that the Civic Society doesn’t appear to appreciate the benefits of such early engagement with developers, which include: identifying potential constraints and local issues that could influence the design of the development; and more generally ensuring that the development looks to secure appropriate, policy-compliant development in the wider public interest.

“This type of work is commonplace across Wales and is designed to ensure that planning regulations and specific planning policies are followed, and plays a part in stopping poorly conceived developments coming forward. Most importantly, it doesn’t determine the outcome of an application, which is made by experienced officers or members of the planning committee.

“Any advice provided, both positive and negative, is given without prejudice to the role of the council as the local planning authority in undertaking their statutory duties, notably since there is a need to ensure that all decisions reached have regard to the outcome of statutory publicity at planning application stage.”