Environment Agency failing to deal with pollution in River Wye 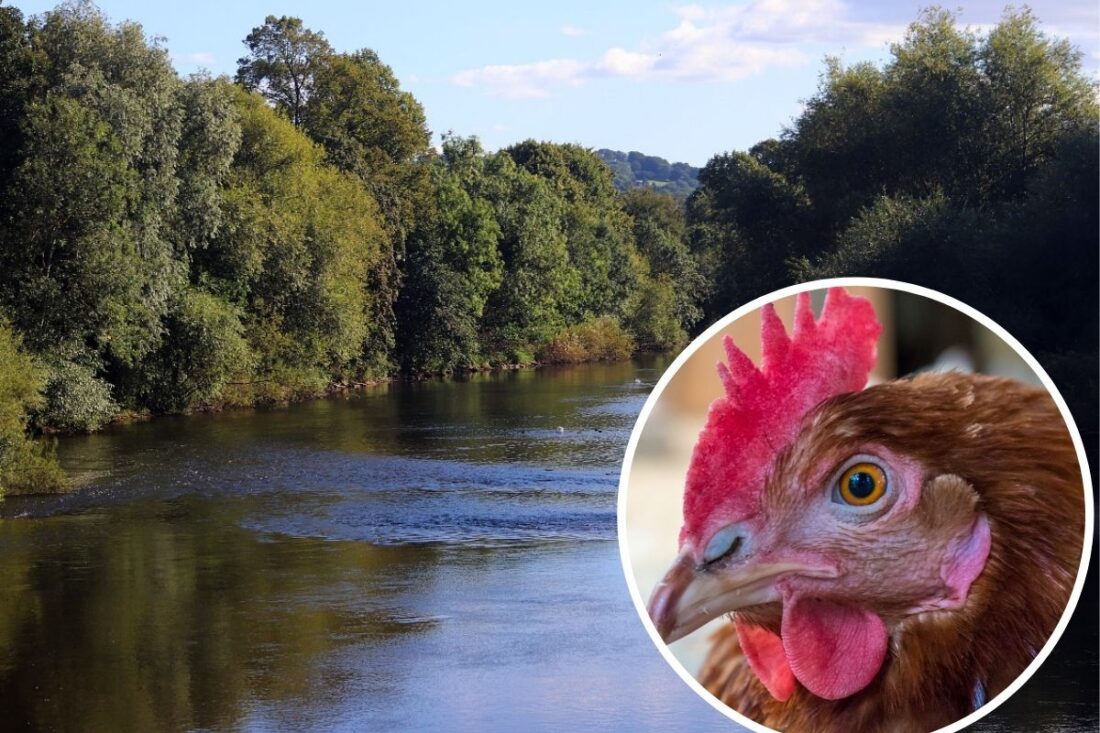 THE ENVIRONMENT Agency is failing to deal with pollution in the river Wye, and must by law address sources of this over the border in Wales.

This is the claim by rivers charity Salmon & Trout Conservation (S&TC), which is taking measures to make the “failing” official body meet its legal obligations.

It says the moves are “prompted by the persistent failure of the EA (Environment Agency) and NRW (Natural Resources Wales) to carry out their functions as environmental guardians of this celebrated river with any real urgency or effect”.

Sections of the river in Herefordshire are designated as requiring special environmental protection. But in recent years the Wye has suffered lethal algal blooms, caused by phosphate pollution in particular.

S&TC has formally notified the EA that evidence points to much of the damage to the river being from “Welsh poultry units introducing the excessive phosphate inputs to the headwaters of the Wye and its tributaries in Wales”.

The EA has a legal obligation to address this, even though it is outside EA’s ordinarily England-only remit, the group argues.

“If the problem is being caused, at least in part, by poultry units in Wales, then the agency must pursue that cause across the border, as the law requires it to do.”

The EA said in response it was taking “robust steps” with partner organisations including NRW to tackle the damaging sources of pollution in the Wye.

“We will also be able to carry out a detailed investigation into the management of poultry manure across the catchment.”

S&TC also lodged a complaint with the Office for Environmental Protection on what they say is the EA’s “unlawful failure to provide a complete register of inspection and monitoring of polluting sites, including intensive poultry units, in the Wye catchment”.

Mr Linley-Adams had attempted to access the register, which also covers all sites the EA has permitted including sewage works, industrial sites and landfills, and which by law must be publicly available.

He eventually managed to gain access to the EA’s office near Lichfield, Staffordshire, only to make the “astonishing and appalling” discovery that the register was held on a nearly 20-year-old PC, which froze when attempting to open relevant documents.

“I was informed that the associated printer had not worked for some time, and there was no way of downloading any documents,” Mr Linley-Adams said.

“It was completely obvious that the register had not been maintained, as required by law, and was incomplete to a very large degree, with huge gaps covering many years in relation to some permitted sites.

“In practical effect, it was useless.”

On raising this with EA chief executive Sir James Bevan, the group was told that “with limited resources, we have chosen to invest in an online service rather than replace ageing computers in our offices”, given the small number of in-person requests it received.

But Mr Linley-Adams said such inspections “do not enable any degree of ‘preparation’ of the response, as an FOI (Freedom of Information) request would – that is the whole point of having a public register required in law, and that is why the agency’s failure is so concerning”.

“Effective regulation of the threats to our endangered wild fish such as the Wye’s Atlantic salmon requires robust permits which are monitored, inspected, and enforced when required. We have no evidence that this is happening here.

“Sadly, this is an all-too-familiar story of the agency failing in its most basic of tasks. We are beyond frustrated with the EA’s pathetic responses to date and lack of real action on serious threats to the Wye.”

Herefordshire’s two MPs have also recently expressed concerns about the agency’s performance, and are seeking measures to address this.