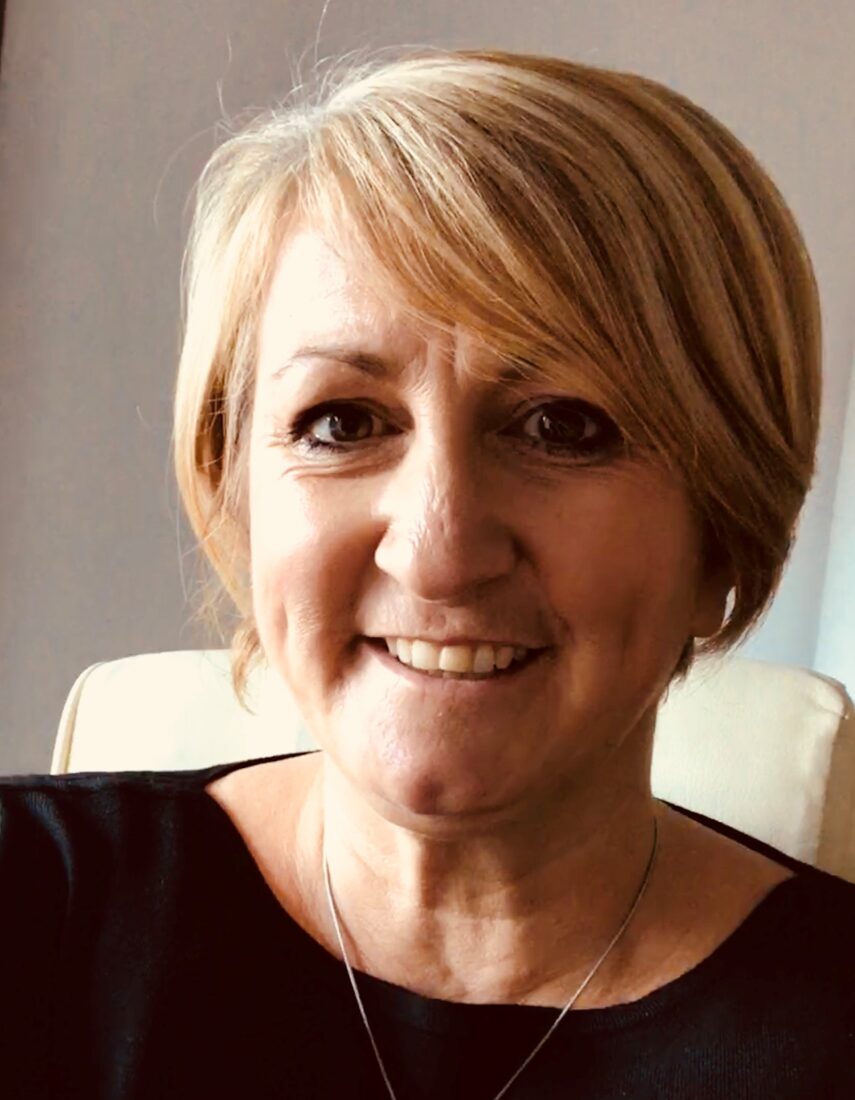 The celebrated poet, playwright and editor Gillian Clarke was presented with an honorary degree from The Open University (OU) in Wales during a graduation ceremony at the International Convention Centre (ICC) Wales in Newport earlier today.

She was the National Poet of Wales between 2008 and 2016. In 2011, she was honoured as a member of Gorsedd y Beirdd for her contribution ‘as one of the most prominent poets of these islands’.

Having been born in Cardiff, Ms Clarke studied English at the University College of South Wales and Monmouthshire, now known as Cardiff University. After a year and a half of working at the BBC, she took to writing and visiting schools to inspire young people with creative writing.

She served first as Reviews Editor and then, for nearly a decade, as Editor, of the Anglo-Welsh Review. She was part-time Poet in Residence at the Newport College of Art for a decade and was the co-founder of the home of the National Writing Centre of Wales, Tŷ Newydd, where she now teaches an annual poetry masterclass.

Her first collection, Snow on the Mountain, was released in 1971, followed by The Sundial in 1978. Later collections include Letter from a Far Country, Letting in the Rumour, Zoology and Ice, which was shortlisted for the TS Eliot Prize. She adapted T. Llew Jones’ stories for children, and most recently published a new interpretation of the seventh century poem Y Gododdin.

Her poems cover diverse subjects, from the domestic to the international. They often discuss women’s issues and the natural environment, including the Welsh landscape. She is often inspired by her own life in Ceredigion, where she is actively involved in conservation.

“I remember the OU being formed by Harold Wilson’s government, thinking what a wonderful, new, creative opportunity it was. At home with my small children, my magic time in Cardiff University, straight out of school in the 1950s, behind me, I knew how rich those three years had been, and rejoiced to imagine all the women and men who could now regain what they had lost.”

Louise Casella, Director of The Open University in Wales added:

“For several decades, Gillian Clarke has made an invaluable contribution to the arts. As well as being an accomplished poet in her own right, she has led discourses on Welsh culture in print and broadcast, and continues to inspire the next generation of writers at Tŷ Newydd. She has translated several pieces of Welsh literature into English and her own work has been reproduced in as many as 10 different languages – all of which has helped introduce Wales’ literary heritage to global audiences.

“Gillian has been honoured as the National Poet of Wales and was given the Queen’s Medal for Poetry. As well as being recognised by the Gorsedd, she has received the Wilfred Owen Association Poetry Award, the Hay Festival Medal for Poetry, and the Glyndŵr Award for an ‘outstanding contribution to the arts in Wales’. I am pleased that she is now able to add an honorary degree from the OU in Wales to her ever-growing list of accolades.”

Over 400 students graduated from the OU in Wales. The morning and afternoon ceremonies were the first OU graduations held in Wales since 2019, after the 2020 and 2021 events were cancelled following the Coronavirus outbreak. Most of the graduates enrolled with the OU part-time, often balancing their studies with work, family life or caring for a relative.

The OU also presented an honorary degree to Kirsty Williams CBE, the former Education Minister and Member of the Senedd for Brecon and Radnorshire.