Funding could be provided for Mumbles all-weather pitch 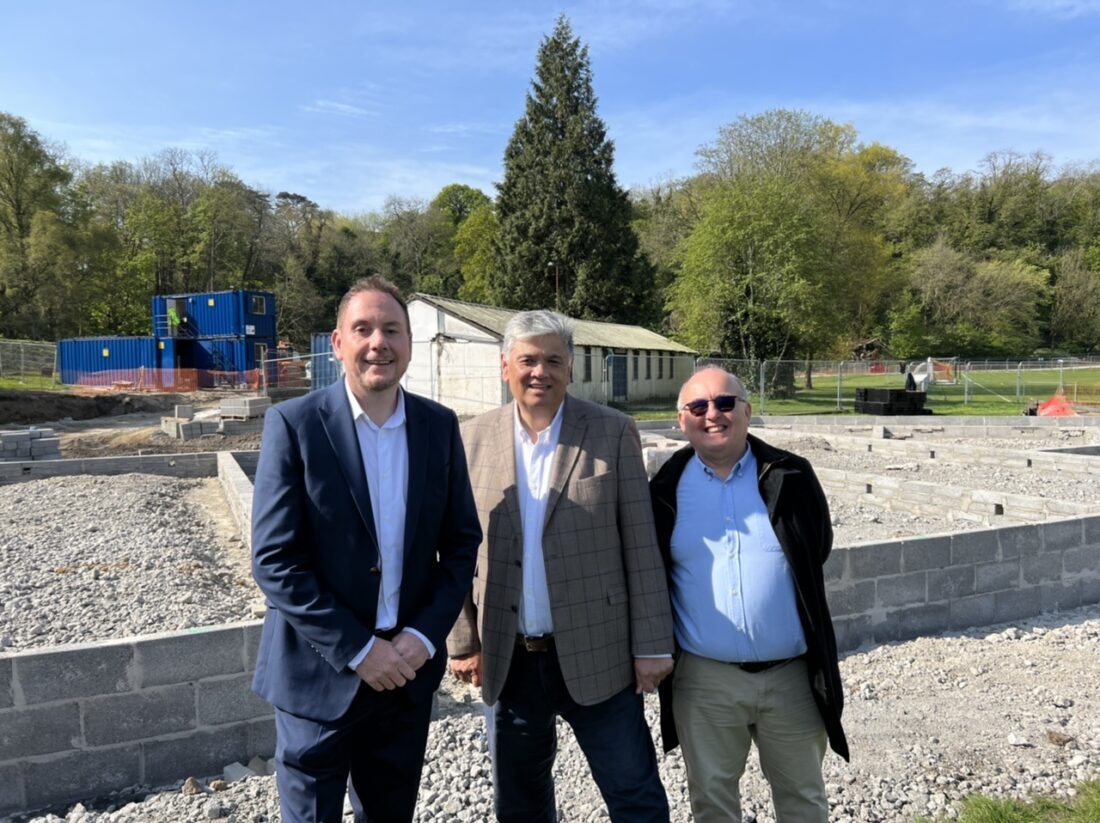 FUNDING for a long-awaited all-weather pitch in Mumbles looks more certain after an offer of support from the leader of Swansea Labour.

A group called Mumbles Community Association (MCA) is leading a significant upgrade of the facilities at Underhill Park, where rugby and football is played.

The scheme’s other element is an all-weather pitch, but extra funding was required because of various cost increases. Labour leader Rob Stewart visited the park on April 29 and said he has advised the MCA to apply for funding from a council economic recovery fund.

Mr Stewart said he has supported the work of MCA from the outset and that he was very impressed with what has been already achieved.

“However we know costs of materials and labour have increased significantly in recent months and they need some extra help to complete all aspects of the scheme,” he said.

He said the council looked forward to working with the MCA and Mumbles Community Council, which is also providing financial support, to complete the project. Labour has run Swansea Council since 2012. Elections take place to determine who runs it for the next five years on May 5.

Simon Tse, MCA chairman, said it was great to have the offer of support to secure the extra funding for the all-weather pitch.

“Alongside the new facilities currently being built, a new all-weather pitch will be a game-changer which will enable more sport to be played at Underhill and encourage more people to get involved in being active,” he said. “After so many years of hard work to get to this point, being able to see the full phase one plans completed would be a dream come true for everyone.”

A later phase could include a multi-purpose hall, gym, informal play area and improved car parking, but nothing is set in stone at this stage.

Funding for phase one has also come from the National Lottery, the Welsh Rugby Union, and local benefactors.

Martin O’Neill, chairman of Mumbles Community Council, said it has been a long journey but that “we are now on the cusp of providing transformative leisure facilities in the heart of Mumbles”.

He said: “It is great to see all the hard work of all those involved finally come to fruition.”

Mr O’Neill is a prospective Labour councillor on May 5. The other candidates for the Mumbles ward are Wales Green Party’s Will Beasley, Plaid Cymru’s Patricia Sanderson, Liberal Democrat Allan Williams, the Conservatives’ Francesca O’Brien, Angela O’Connor and Will Thomas, and Labour’s Richard Jarvis and Carrie Townsend Jones.