IT’S a familiar picture across Wales. Small Welsh language schools delivering high quality education in buildings, which have lacked investment from local authorities, abandoned to their fate. Campaign groups pleading and fighting tooth and nail to save what is often the last community resource in rural villages across Wales falling on deaf ears of councillors and executives keen to offload to developers for new homes. It is a sad indictment on society in Wales as a whole and threatens to leave the last remaining cut blocks of stone being transferred to a history museum as a spectacle for visitors to marvel at how Welsh education used to be.

Parents of children at Ysgol Mynyddygarreg are not giving in that easily. In their latest fight to halt the closure they appeared on the Jason Mohammad radio programme on Tuesday (Sep 28).

The programme asked whether people should fight to keep small schools open and Jason received a number of calls, most in support of keeping small schools open. A 97-year-old school in Abersoch is due for closure. It is just one of many small schools across Wales coming under the axe of local authorities.

Governor at the school, Margo Jones said that Abersoch has a community and a wonderful village school. She said that she  was educated there herself as was her grandfather and that there was a a continuity of community. Referring to the school as a special place in the hearts of local people she said that the standard of education was like no other. Margo said that closing the school would be unthinkable and that it meant that visitors could hear the Welsh language living and breathing. Campaigners claim that the council is putting cash over community and ignoring the huge groundswell of public opinion. The school is now trying innovations like outdoor activities, a beach school, a forest school, a Cylch Meithrin and a Ty a Fi.

Feelings are running high in the community. One commentator said: “They have betrayed this vulnerable community.”
Diana Pointon said:  “Abersoch is basically now a suburb of Cheshire, designed for weekend warriors and this site is prime real estate.”

Cara Young was invited on the show to talk about the possible closure of Mynyddygarreg School. She said that there are 36 children in the school and that they were waiting for the report from the consultation. 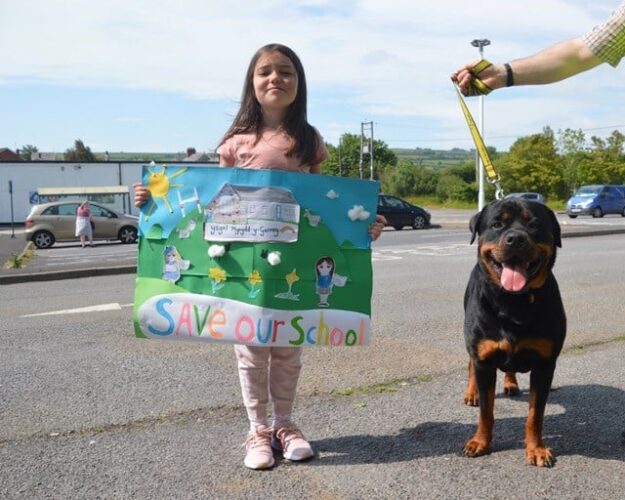 Parents highlighted the fact that the closure flies in the face of Welsh Government policies and targets for increasing Welsh language speakers, Active Travel and Climate Change.

Sue Woodward and Sarah Davies also appeared on the show and commented on the lack of facilities in the village with the school being at the heart of the community.

Sue said that the local authority should not take a ‘one size fits all approach’ to education.

Sarah Davies said she was devastated and on pins. She has two young children at the school. She said: “Look at Mynyddygarreg, its been ruined. We have an abandoned history museum left to rot. There are now plans for a history project, building replica cottages.

Are they going to put the old school there too to show what education used to be like?

Let us keep our school. It’s a growing school and a growing community. It has never failed. You can listen to the Jason Mohammad Show here: https://www.bbc.co.uk/sounds/play/m00101xc

Leader of the Carmarthenshire Labour Group Rob James said: “It is not inevitable that rural and small schools will close in Carmarthen, unless we fight for their future.

“For the last two years I have called on Plaid and Independent Councillors to work with us to save schools such as Ysgol Blaenau and Mynyddygareg; yet these offers have not been actioned.

“Today I  wrote to the Plaid Cymru Cabinet Member for Education to demand information on the future of these two schools and again call on them to make public what schools they are earmarking for closing next.

“Continuing to run down schools quietly in preparation for closure is a scandalous practice and it is our pupils and teaching staff that are being let down.

“Blaming Welsh Government for your own failings is not good enough. You could ask what’s the point of this Plaid-led Council if it’s too weak and incompetent to manage our schools properly.

“Enough is enough. Every effort must be made to safeguard our schools and we will continue to fight to safeguard Carmarthenshire schools.”


Leader of the Welsh Lib Dems Jane Dodds and local councillor William Powell  issued a joint statement on the closure of Abersoch School. It reads: Yesterday (September 28), the Conservative-Independent Powys County Council Cabinet officially confirmed that they intend to press ahead with plans to close Llanfihangel Rhydithon (Dolau) C.P. School.

The announcement will come as a devastating blow to many of the school’s parents, children, and staff, and other members of the Dolau community, who have been campaigning for the school’s future.

It is part of a wider programme of primary school closures being championed by the Conservative Portfolio Holder for Education and Property, Phyl Davies. Other Powys schools at risk of closure include Castle Caereinon Church in Wales School, Churchstoke County Primary School, Llanbedr Church in Wales School. 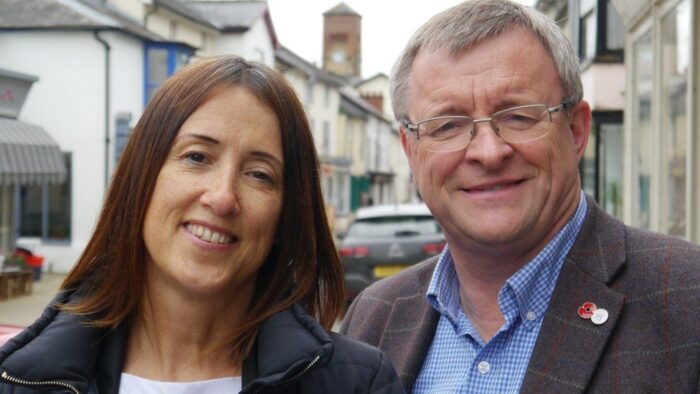 “The Powys County Council Welsh Education Strategic Plan would potentially enable Dolau to play a key role in the delivery of Welsh Government’s ambitious plans for the development of Welsh Language education in Mid Powys. This was a key avenue of questioning at the Education Scrutiny Committee – and Dolau School’s premature closure would undermine that opportunity.

“Whilst Cllr James Evans MS (Conservative, Gwernyfed) is right to lament this, it is not enough to comment, as if he were an impotent observer. Cllr Evans is a key member of the Conservative Group that is, in the Powys Cabinet, promoting this act of cultural vandalism in rural Radnorshire.

“If he feels that his Conservative Group on the Council is going rogue, it is for him to act and call them out. The Dolau School Community will expect nothing less.”

“I am surprised and shocked to hear that the Conservative and independent cabinet has decided to move ahead with the closure of Dolau. This represents a hammer blow to the community which had campaigned so hard to keep the school open.

“This is also a significant blow for Welsh language education in a thriving community. I urge the Conservative-Independent to re-think their education programme which is leading to the unnecessary closure of rural schools throughout Powys.”