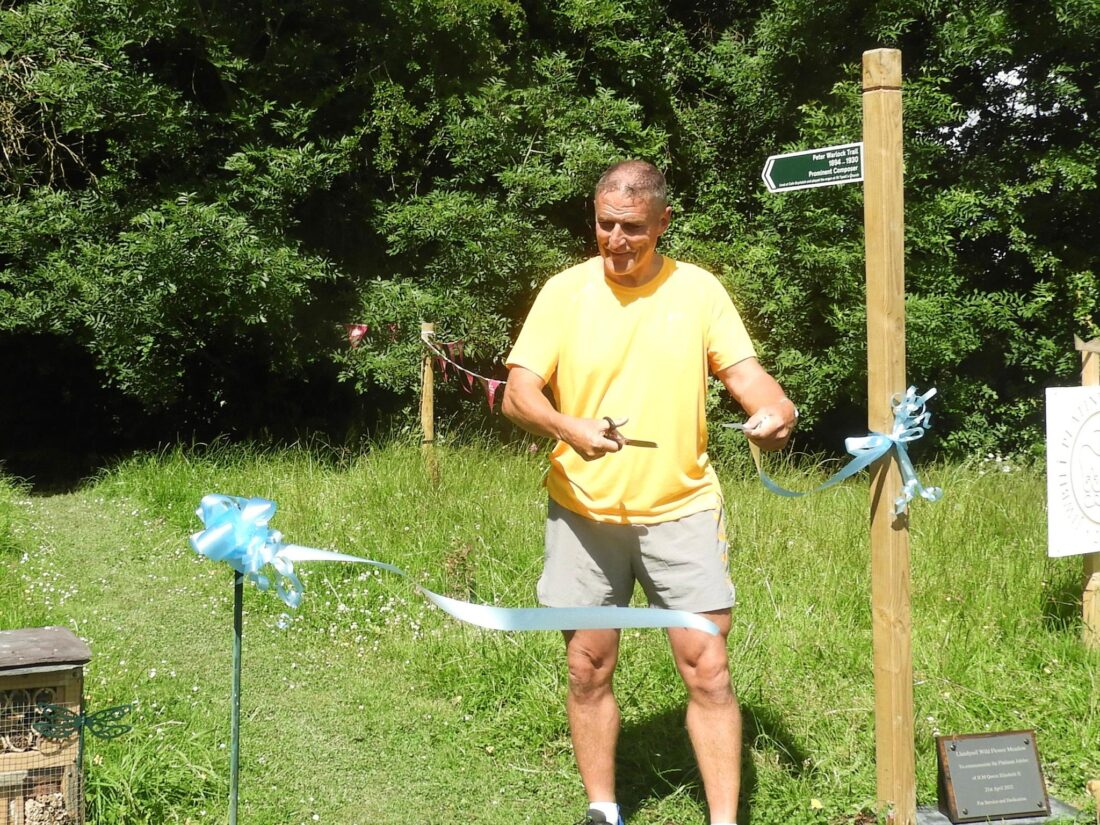 On Saturday 25th June, the weather was kind  after heavy rain and the sun shone for the opening of a wild meadow by Iolo Williams.

Organisers said: “Many volunteers and villagers turned up to see the results of their efforts and enjoy a glass of Pimms!

“We were delighted to greet Iolo, a local resident and prominent naturalist and broadcaster who after cutting the ribbon spoke about the importance of such projects, however small and the difference they can make to the environment.”

Chairman of the Abermule with Llandyssil Community (who allowed the Meadow to be set up on the Playing/Dragonfest Field) welcomed visitors and invited Iola to cut the ribbon.

Community Councillor, Gwyneth Jones and one of the Project Organisers also thanked local volunteers who had both donated plants, worked on the meadow and those who had helped set up the ‘Opening Event’.