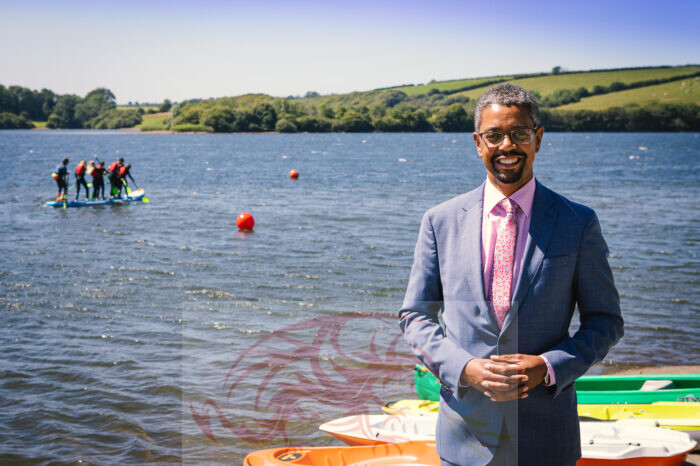 PARKING problems and fears that their village will be “swamped” led to objections to an alcohol and event licence at the revamped Llys Y Fran.

However, the application was approved with the potential for wedding receptions, charity, sporting, school and music events at the country park with the option of alcoholic drinks and late night refreshments until 23.59pm seven days a week.

Llys y Fran reopened in 2021 following a £4million investment in the site, with lake, biking and other activities available onsite, owned by Welsh Water Dwr Cymru.

Sporting events have already been held at the Preseli Mountain site and “managed well” although one resident, Jon Stangroome, raised issues with noise when he spoke at Wednesday’s (June 29) licensing committee.

Pembrokeshire County Councillors also heard that parking was already and issue and the potential numbers attending listed as 5,000 in the application would be “just too much” and Mr Stangroome added “the place just gets swamped.”

Local member Cllr David Howlett, who lives next to the park entrance, spoke on behalf of a number of objectors, rising concerns about “inconsiderate” parking in the village to avoid a £3 car park charge, speeding, noise and the number of visitors at events.

Attraction manager Mark Hillary acknowledged there had been “unprecedented and unexpected” demand on bonfire night, and future events would be reorganised so problems did not occur again.

Previous events had seen around 500 people attending but last year’s saw around 2,000 as other events in the county were cancelled and the same evening Milford Haven “came to standstill” due to high numbers attending a firework display there, he added.

Llys y Fran would be “first and foremost” a visitor attraction, he said, but the licence would allow sale of alcohol from the shop and café, as well as at events throughout the year with a focus on family fun and community.

The events would be ticketed or invite only events, the committee heard.

The possibility of an outdoor cinema with the reservoir dam wall used as the screen had been raised during “covid times” and would use Bluetooth to vehicles or headphones, limiting any noise, the committee heard.

Mr Hillary added that discussions were being held about extending the free parking period from 20 minutes to one hour, but unfortunately people choosing to park outside the car park was not something he could control.

The licensing committee chairman Cllr Tim Evans, in approving the licence, said that maximum occupancy at events was for the fire service to decide on safety grounds and a condition was added  to contact the licensing department at least 30 days before a non-ticketed event to see if a management plan was required.