WELSH charity Hafal has announced that mental health campaigner Mair Elliott will be its new Chair.

Mair, who speaks regularly in the Welsh and UK media about her experiences as a mental health service user, was elected by her fellow Trustees to take on the position of Chair when current Chair Elin Jones steps down in September. Mair will represent over 1500 Members from across Wales as she leads the dynamic and growing Charity into the future.

Mair Elliott has been accessing mental health services since the age of 14, with experience of using both Child and Adolescent Mental Health Services (CAMHS) and adult services, and has seen first-hand the impact poor services can have on young patients. Mair is already a Hafal Trustee and co-author of a Hafal report looking into the mental health and wellbeing of children and young people in Wales called ‘Making Sense’.

Mair played a prominent part in two current affairs programmes by S4C and ITV investigating CAMHS in Wales. She won the 2016 ‘Making a Difference’ award at the Youth Work Excellence Awards, the 2017 ‘Youth Achievement Award’ at the NASEN Awards, and the 2018 ‘Citizenship Award’ at the St Davids Awards.

As the sector enters a new era of partnership working, and with Hafal merging with Crossroads Mid and West Wales two years ago, Mair’s experience as an autistic person and her work to improve autism services will be important as the Charity campaigns on behalf of the increasingly diverse groups of people it supports.

Mair said: “I am absolutely thrilled to become Hafal’s Chair. It’s such an exciting time to join the Charity which is constantly innovating and reaching new audiences. I look forward to playing a key role in that process, ensuring we build on the experiences and knowledge of our Members in developing the very best services. I also look forward to giving a strong voice to our client group at a national level, and campaigning for improved rights for people in Wales affected by mental illness, carers, and other key client groups.

“I feel especially honoured to follow in the footsteps of Elin Jones who has provided such great leadership for the Charity and achieved so much for Members in her time as Chair.”

Current Chair Elin Jones has held the position since 2009. Under Elin’s leadership the Charity has more than doubled in size, successfully campaigned for a new mental health law, opened its own mental health hospital and expanded its services to cater for a host of new client groups. Most importantly, during that time the Charity has supported countless people to work towards recovery and achieve a better quality of life.

Elin commented: “I feel honoured to have led such a fantastic Charity over the past decade. It has been such a rewarding role and together we have achieved so much for people in Wales affected by mental illness and their carers. A big ‘diolch yn fawr’ – thank you – to all Hafal’s Members, clients and staff for your support during my time as Chair – it has been a pleasure to meet you, work with you, and campaign on your behalf. And I promise that I will always support the fantastic work you do.”

“I warmly welcome Mair to the role of Hafal Chair. Having been a fellow Trustee for several years I have been hugely impressed by her ability, energy and eloquence. I have seen at first hand  her courage, commitment and enthusiasm in campaigning for the rights of our client group. She will bring invaluable experience and expertise to the role and ensure that we can continue to bring real, lasting change for our clients.”

“Mair becomes Chair of Hafal at a critical juncture in the fight for improved rights and services for people with mental health problems and their carers and families, and others with a range of disabilities and their carers and families. Mair will guide the Charity to deliver its ambitious strategy to ensure that the next generation gets a better deal – and has a powerful voice in guiding and influencing the future of health and social services in Wales.” 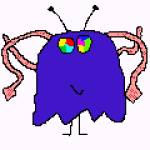 error: You are in breach of copyright
Loading Comments...