A MAJOR new centre for lung surgery in Swansea is set for approval following a breakthrough in concerns over staffing.

The NHS is planning to open single a centre in south Wales providing thoracic surgery – which includes lung and chest operations – at Morriston Hospital in Swansea.

There were doubts over the plans, which would see the surgery move out of University Hospital of Wales in Cardiff, due to concerns over how a new major trauma centre opening at UHW would be staffed.

But the plans now look set to go ahead after talks this week with the Welsh Health Specialist Care Committee, which is coordinating the plans between the health boards in South Wales.

The health board have now agreed that a new thoracic surgeon would be hired to provide cover for the new major trauma centre, with is opening in April 2020.

The new surgeon would provide Monday to Friday and on-call cover for the major trauma centre – which when open will be a 24-hour facility for the most critically-ill casualties.

Cardiff and Vale University Health Board is due to meet to formally approve the staffing plan.

Len Richards, chief executive of the health board, told a board meeting on July 25 he was satisfied with the staffing plan.

He said: “The additional staff are to be able to respond to major trauma rather than thoracic surgery in the elective sense.” 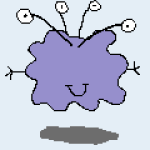 Llandeilo man who bred dogs without licence ends up in court

£1.1m for Museums and Libraries in Wales