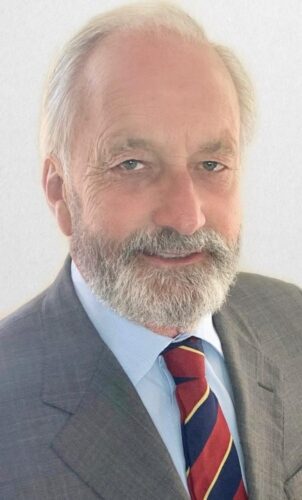 NEIL Hamilton, MS for Mid & West Wales, and Leader of UKIP Wales has welcomed news of a cash boost to support struggling families.

Mr Hamilton, a member of the Climate Change, Environment and Rural Affairs committee, was commenting after it was announced councils in Wales, will receive an additional £5.5m to help them fund the increasing demand on the Welsh Government’s Council Tax Reduction Scheme.

“I am delighted to see that extra money is being made available for this initiative as this continues to be an extremely difficult time for many families.
“Many households and councils across Wales were already struggling to cope. Not only are they having to deal with increased costs due to Covid–19 but are having to do this against the backdrop of many years of being seriously underfunded by the Welsh Labour Government.

“Local councils are doing a brilliant job in trying to balance their books and this extra funding will certainly allow them to continue to help those who are in need.
“It is also important people know there is help available for them as the bills mount up and they struggle to make ends meet.

“The Welsh Government’s Council Tax Reduction Scheme was set up almost eight years ago to help low income households across Wales with their council tax bills.

“I still remain concerned, however, that some people are not aware of the scheme so could be missing out and not getting the support to which they are entitled.

“I would urge anyone who is struggling to make ends meet during the crisis, to act now and check their eligibility.”

The Council Tax Reduction Scheme has been providing support to hundreds of thousands of households with their council tax bills since it was introduced almost eight years ago. But with many more people facing reduced income or unemployment as a result of Covid-19, the CTRS has received a significant increase in applications.

In the last year the Welsh Government has provided local authorities with almost £11m in additional funding to help them cater for the increased demand on the scheme – providing a lifeline to households that are struggling to cope financially during these difficult times.

Councillor Anthony Hunt, WLGA Spokesperson for Resources said: “This additional funding will be welcomed by local authorities in all parts of Wales to help hard pressed households with their council tax bills.  Demand for this support had soared during the past year.

“The Welsh Government will shortly be publishing analysis on the impact Covid-19 has had on the Council Tax Reduction Scheme. We are also continuing to work with the Welsh Local Government Association, WLGA and local authorities to understand the longer term effects of increased demand on the scheme and to assess the extent of any decline in council tax collection on local authorities.”