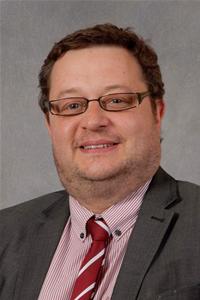 The Labour Party and Plaid Cymru had secured a co-operation agreement ro form a ruling partnership and the new leader said:

“I believe that Labour and Plaid Cymru have a mandate from the electorate to form a cabinet and deliver for the people of Denbighshire. I am looking forward to working with Plaid and we have so much in common in terms of policies around economic regeneration, addressing housing issues and promoting the Welsh language and culture.”

The newly elected Labour leader received 27 votes to independent candidate Cllr Huw Hilditch-Roberts’ 19. There was one abstention, accounting for 47 of the 48 votes.

Addressing councillors before the vote, Cllr McLellan promised to centre his attention on fighting the cost-of-living crisis.

“Across all our communities, whether you are in Rhyl or Ruthin or Rhuddlan, we are facing a cost-of-living crisis, a phrase that is bandied about, but it is real.

“I’ve seen it. In the surgeries I’ve sat in with members of parliament, I’ve seen people struggling to eat and pay the bills, and these are working families.

“I want a town centre first approach to local economies. I want this authority to seriously look at new models of community-based wealth building. This is going to take a bold approach to transfer economic and social power through concepts like local procurement, promoting local spend and local supply chains, for example in the building of houses.

The economy needs to come from the roots up, and as leader, that’s what I want to oversee.

“We have the overarching policy of the (North Wales) Growth Deal and the North Wales Economic Ambition Board, and I think the authority should still continue to work with those local partners to harness the improvement the North Wales Growth Deal can offer. But we need to at the ground floor to make sure those improvements will bring benefits to all our communities in the north, south, rural and urban areas, not just on a narrow band on either side of the A55.”