EDUCATION Minister Kirsty Williams has told the Senedd that building a new school for the pupils of Ysgol Dewi Sant remains a priority for her.

The Minister was responding to a question from Plaid Cymru Mid and West MS Helen Mary Jones.

Speaking in the Senedd Helen Mary Jones MS said: “I’d like to ask you about the next steps for the new Ysgol Gymraeg Dewi Sant in Llanelli. I’m aware that there are still issues with regard to finding an appropriate site. In the meantime, my inbox is full of people who are concerned about the difficulties of providing distanced learning safely on the existing site. Can I invite you once again, Minister, to reassure the families and the staff at the school that, when a new site is identified, the funding will be available for a new build and that that won’t be lost because of the very unfortunate, and we won’t rehearse the circumstances, inability to proceed on the original site?”

Kirsty Williams MS replied: “Like you and many other people, Helen Mary Jones, the re-provision of a new school for that community remains a priority for me. I look forward to receiving an application from Carmarthenshire Council so that we can proceed with that project.” 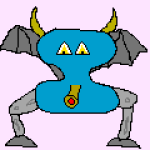