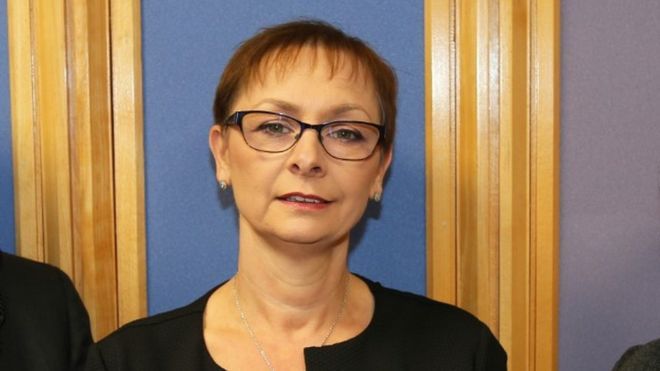 CONCERNS have been expressed whether the Welsh Government can guarantee its long term support to Powys County Council’s 10-year transforming education strategy.

During the next 10 years somewhere in the region of £550 million to £600 million will be needed to make the council’s schools transformation vision a reality.

The expectation is that 65 per cent of the funding would come from the Welsh Government, with 35 per cent needing to come from PCC.

How that 35 per cent will be funded, and whether the expected £26 million a year in interest payments by 2030 is affordable, has caused the concerns.

At the audit committee meeting on Thursday, February 11, the issue was brought up for discussion.

Chairman of the Schools Forum which reviews the funding formula, Graham Taylor, told the committee: “I think we need a realistic assessment of whether the hoped-for contribution from the Welsh Government is likely to be forthcoming.

“Especially bearing in mind the likely squeeze on public spending expected as one of the consequences of the coronavirus pandemic.

“The forum is concerned that we may find ourselves in a position where we cannot continue with the programme at the same level in a few years’ time and then have to cut back because of limited resources. ”

Audit committee vice-chairman John Brautigam, explained that the Welsh Government’s difficulties in receiving funding for building programmes from the Westminster Government, could affect the way PCC wants to fund the projects.

“We are in a situation where the Welsh Government could dictate the way we operate and finance some of these, “said Mr Brautigam

Nothing would be added to a building programme until this has been done.

Chief executive, Dr Caroline Turner, pointed out that the discussion on  funding would not be taking place if PCC had just come up with a three or five year building programme like other local authorities

Dr Turner said: “Without this framework it would narrow our horizons to the next two or three years.

“There is uncertainty in the economy, but we also know that governments tend to prioritise capital allocations at a time of recession to get the economy moving.

“The 10-year strategy allows us to plan ahead what we want to do and  we can review and prioritise.

“A lot of discussion is about borrowing, that’s one element of funding – there is a whole range of things that we need to look at.

“I’m really grateful for the debate, it’s really healthy one.”

Following the meeting a Welsh Government spokesman said: “Through our 21st Century Schools programme, we have already invested £80 million to provide excellent schools in Powys, with more than £110 million already earmarked for projects in the second wave of investment.

“We cannot provide details of funding beyond this government term, but we continue to work with the local authority to identify potential projects for the future.”