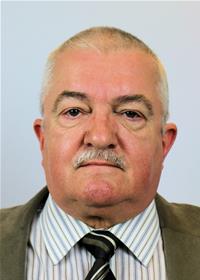 THE cost-of-living crisis is effecting Powys County Council as finance chiefs already predict a £1.014 million shortfall in this year’s budget.

At a meeting of Powys County Council’s cabinet, Finance portfolio holder, Cllr David Thomas set out the position as it stood on June 30 at the end of the first quarter of the 2022/23 financial year.

“Rising inflation in particular fuel and energy costs, the crisis in Ukraine and ongoing Covid-19 costs are now impacting on the council with contractors approaching the council to raise their concerns and start discussions.

“With inflation over nine per cent, recent pay awards set at five per cent and bank rate rises increasing the cost of borrowing, we must carefully manage our budget.”

Cllr Thomas also looked to the future and explained that a review of the medium financial resource model would be discussed in September to factor in the changing economic situation.

“The original modelling showed a £14 million budget gap up to 2027.

“But this gap is likely to be significantly higher as we reassess our assumptions on pressures affecting future budget.”

Figures from the report also show that £10.855 need to be found by council departments in cuts and savings this year.

This includes £2.783 million of “undelivered savings” from the last financial year.

The report states £2.886 of these saving have been made and that assurances have been given by council departmental chiefs that a further £4.541 million will be found during the year.

“Of most concern at such an early point in the year is that heads of services are highlighting that £3.428 million are unachievable and at risk.

“This position must be challenged, and heads of service must consider remedial action they can take to mitigate these shortfalls in order to deliver the budget.”

The council does have reserves worth a total of £63.782 million and the prediction is that by the end of March 2023, £5.805 million might need to be used to plug the budget gaps.

“It’s important that we closely monitor the budget position this year and make sure we take any action needed to rebalance our budget as we move through the next few quarters of the year.

“We do have reserves available and set them aside specifically for this issue.”

Ms Thomas added that with inflation expected to be high next year that use of reserves needed to be “carefully considered” in case they need to be used in the future.

Cabinet noted the position and approved a number of virements totalling £1.240 million to move council money between internal accounts.