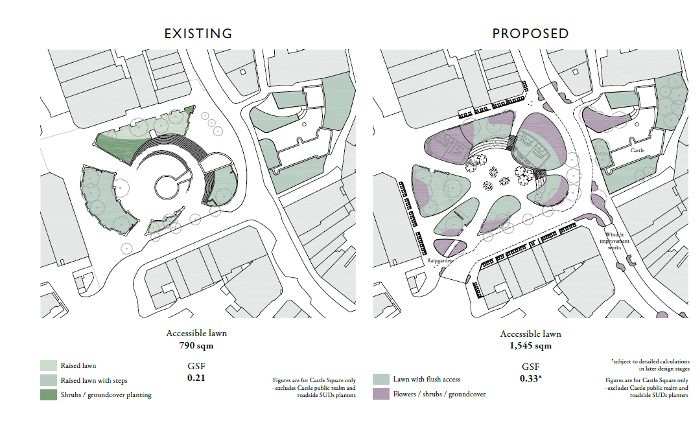 RESIDENTS and local businesses are being urged to have their say on plans for a smart new concept for the city centre’s Castle Square.

The three-week consultation will be seeking feedback on the proposals that introduce more greenery, fun and reasons to visit.

Before any final decision is taken, with the public’s views on board, the cabinet must agree to fund the project and a full planning process must be followed, including further public consultation.

Anyone who wants to comment formally can go to the link here: https://www.swansea.gov.uk/castlesquaredevelopmentOpens new window

In addition site notices and display, boards will be going up in the area to draw attention to the opportunity for people to have their say.

The plans would see:

The vision, which takes into account public opinions expressed to the council over the past few years, has been drawn up by respected architects ACME.

The total cost of the scheme would be £6m-£9m. The work would be funded in a number of ways, including from the council budget. Revenue would include income from leases on the food and drink units. The big screen would remain.

“We know there is lots of interest in the future of Castle Square and we’d urge anyone who wants to have their say to get involved in the consultation.

“Our new design concept shows that the future Castle Square would be accessible to all. It would remain a pivotal focal point for events and gatherings such as those held there before the pandemic.”

“We want to increase the time that visitors spend in Castle Square, make it suitable for a range of events and make it more active, distinctive and vibrant.

“It will be greener, more welcoming and much more family-friendly – a Castle Gardens for the 21st Century.

“I urge everybody to make their views known in the subsequent few weeks.”