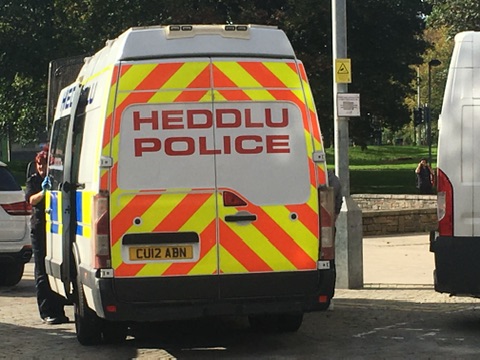 RECORDED crime in Swansea rose during the first nine months of coronavirus lockdowns and restrictions compared to the same period in 2019, according to police data.

From the beginning of April to the end of December there were 20,909 recorded crimes in Swansea, according to the website www.police.uk – a 7% increase compared to the same nine months in 2019.

Anti-social behaviour accounted for 7,487 of this figure in 2020, with figures in April and May – the first full two months of the lockdown – particularly high. Offences were higher for all of the nine months in question, and South Wales Police has confirmed they included coronavirus breaches.

Some other crime types fell, others rose.

Drug crime in Swansea was higher in 2020 in seven of the nine months between April and December, compared to the previous year.

Shop-lifting crime, perhaps unsurprisingly, dropped sharply. For example, there were 94 recorded shop-lifting incidents in May last year, compared to 246 in May 2019 when all shops were open.

And burglaries were down in 2020, except during July when they just eclipsed the corresponding figure for July 2019.

Violence and sexual offence crimes were more of a close-run thing. They began lower in April 2020 than April 2019 but had caught up by the summer – with July, August and September surpassing the previous figures – before falling behind once more.

According to the charity Victim Support, people on the receiving end of crime have felt it more intensely during the restrictions, while problematic neighbours have been a sizeable source of anti-social behaviour complaints.

Alex Hayes, Victim Support’s external affairs manager, said the evidence from police forces in England and Wales was that inquisitive crime – such as burglary and thefts – had dropped since last March.

Other crime types, he said, had risen.

“In terms of anti-social behaviour we have seen quite a significant rise in the number of people coming for support, and that won’t be for Covid breaches,” he said.

“It’s being driven by cases where neighbours are suspects.

“People have been confined to their homes and essentially trapped with neighbours who have been harassing or abusing them, or whatever it is.”

Mr Hayes said domestic abuse cases had also risen in England and Wales, especially as last summer wore on, while fraud – driven by a surge in online shopping – also increased.

“We have also seen a rise in the intensity of how victims have experienced crime.

“During the lockdowns, people have been cut off from their support networks. They may feel a bit more alone.”

Crime statistics are produced in different ways in the UK. They include the Crime Survey for England and Wales, and in the case of fraud, data from the National Fraud Intelligence Bureau.

A Swansea Council fraud investigator told councillors at a meeting last June that the criminal element “decided to take three weeks off” during the first lockdown before resuming their ways.

“The police have never been so busy,” he said.

A South Wales Police spokesman said it had recorded more than 12,000 incidents of Covid breaches across the force last April and May.

“These incidents are included in the anti-social behaviour statistics and account for the significant rise,” he said.

“We thank the vast majority of the public who complied with the restrictions during this time.”