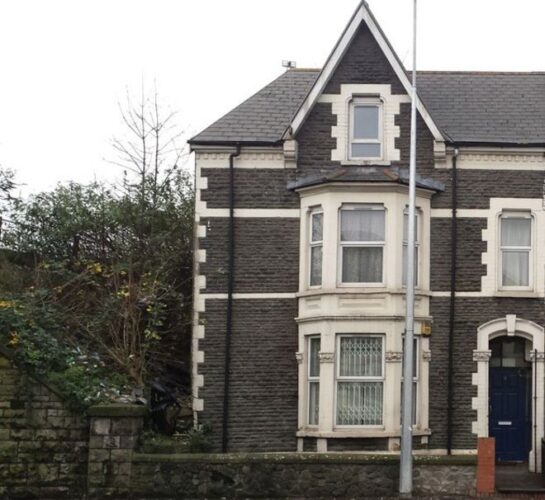 A HOMELESS shelter run by the Wallich in Cardiff is set to close in a shake-up of support across the city.

For more than two decades, the Nightshelter in Riverside has provided emergency accommodation for people who are sleeping rough in Cardiff, with a safe night’s sleep, a hot shower, laundry facilities and a cooked meal.

But the Wallich charity has decided to close the Nightshelter and turn it into supported accommodation, due to coronavirus and major changes on how homeless people are supported.

One former support worker, who asked not to be named, has said the closure will mean “worse outcomes for service users”. Three staff members have been made redundant.

“This is going to lead to layoffs as well as negative outcomes for service users, as the Nightshelter is currently the least chaotic and most intimate shelter in Cardiff, and many service users will only stay there.”

The Wallich said those staying at the Nightshelter will be “rehoused appropriately” and will receive support during the change.

Before the coronavirus pandemic, the shelter could take in up to 23 rough sleepers each night. But social distancing rules meant this has reduced to 11. Covid-19 also means the shelter has focused on long-term accommodation rather than night-by-night support.

Elsewhere, huge new homeless hostels opened last year in Cardiff, including the YHA near Atlantic Wharf and Adams Court in Adamsdown. These buildings offer separate bedrooms for homeless people to stay in; rather than the shared space like at the Nightshelter.

Because of how homeless services have adapted since during the pandemic, and new evidence from the Welsh Government’s homelessness action group, Wallich is moving away from using shared rooms.

“We are saddened that such a historic facility, which has helped so many people experiencing homelessness, will no longer be serving the community in the same way.

“However, we are optimistic about the future. We have listened to the best evidence and taken on board the recommendations of the Homelessness Action Group. We feel we can create new services which will serve the community in a different way. We will continue to help get people off the streets and end repeated cycles of homelessness.”

Since it opened, the Nightshelter has supported 4,378 homeless people, the Wallich said.

Due to the council’s changing support for homeless people, other services in Cardiff by the Wallich could also face closure soon. A spokeswoman for the charity said: “Unfortunately some of the Wallich’s services will be decommissioned within the next two years.”

The support worker, who asked not to be named, also raised concerns about the future of other Wallich hostels in Cardiff. The charity could not confirm details of what will happen to its other services.

“We would like to use this opportunity to say how much we value the members of our team who have served residents brilliantly and resiliently throughout the years. While these changes take place, we will do everything humanly possible to take care of our community and find new opportunities to help people.

“Our resilience, our determination and our innovation are our solutions. With challenge comes opportunity and, in this case, this means less restriction to bring solutions that are truly based on the evidence. Watch this space.”

Over quarter of Cardiff Council councillors have faced bullying