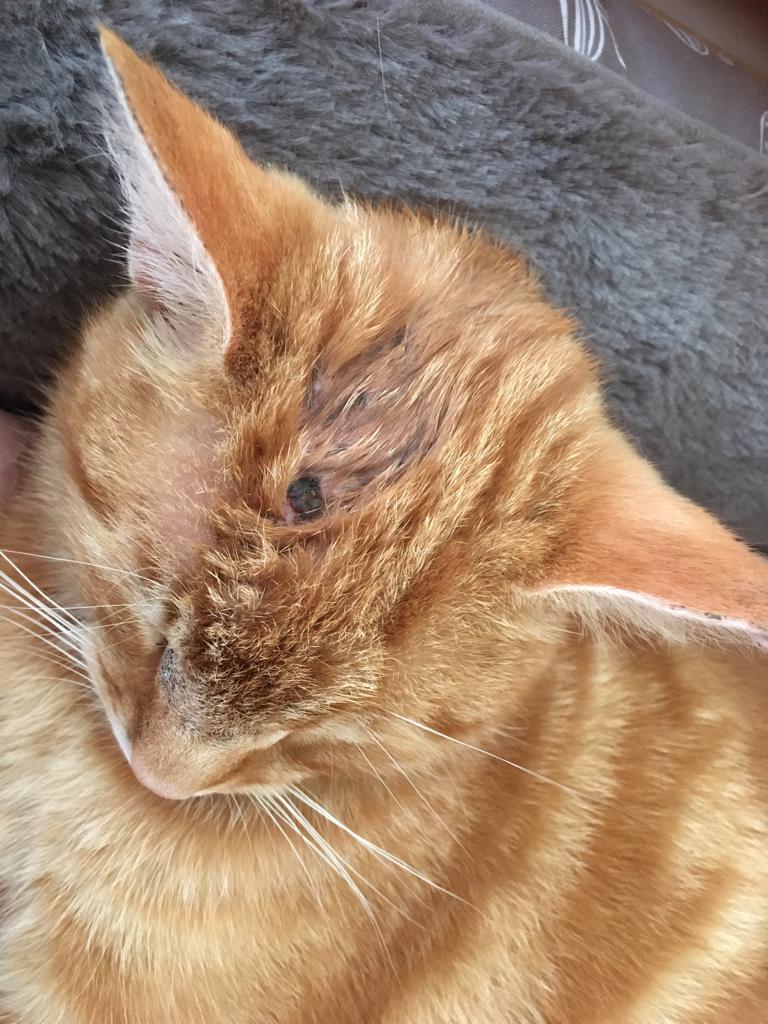 RSPCA Cymru is warning pet owners in the Welshpool area to be vigilant after a cat was shot in the head with an air gun.

The concerning incident took place on or around Friday 27 May when the cat – Toffee – didn’t return to his Cyfronydd home. He later arrived home on Sunday 29 May at 8am with a horrifying wound.

RSPCA deputy chief inspector Phil Lewis said: “This air gun attack is very concerning and our thoughts go out to Toffee and his owner following this incident.

“The blood found on Toffee’s head was dry, so it is thought that the incident may have happened on 27 May or, at the latest, 28 May.

“Luckily the pellet was removed and Toffee is doing okay, with the wounds healing well. He went to the vets for a check up and luckily no further treatment was needed. But looking at where she was shot, she is lucky to be alive.”

RSPCA Cymru is now calling upon the local community to get in touch if they have any knowledge as to how, or by whom, the cat was shot. The animal welfare charity is also urging cat owners to be vigilant.

Phill added: “Cats and wildlife are normally the animals that are more susceptible to these incidents simply because they are out in the open with no one to protect them. Unfortunately, air rifle attacks are not as rare as we would like. The injuries caused by such attacks are horrific and often fatal.

“These weapons cause horrific pain and suffering. Anyone caught deliberately using an air gun to injure an animal can be up to six months in prison and/or a £20,000 fine if found guilty under the Animal Welfare Act.