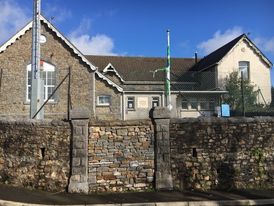 Carmarthenshire Council have extended two school closure consultations, after the Welsh Government confirm that local authorities have an ability to extend or pause consultations during lockdown.

The Executive Board of Carmarthenshire Council have voted to extend the school closure consultations for Mynyddygarreg and Blaenau schools for one week to consider recent Welsh Government advice, before voting next week whether to proceed to the next stage of the consultation, pause the consultation or a further extension.

It comes after significant public and political pressure on the Plaid Cymru-led administration to pause the consultations in support of parents and pupils’ mental health. In a recent Council meeting, Welsh Labour Councillors read out personal testimonies from parents on the impact the consultations were having on their families wellbeing.

The Executive Board also voted to halt the school consultation for changing the education provision in Model school after it was realised that many of the school governors were not aware of the Council plans prior to the announcement. The Council state that they will now engage with the full governing body before considering relaunching the consultation.

The Opposition Leader on Carmarthenshire Council, Cllr Rob James, who has been campaigning for school consultations to be paused welcomed the temporary extension, yet stated that the announcement did not go far enough.

Cllr Rob James stated “The recent announcement of a temporary extension does not go far enough to alleviate the pressure that is currently being exerted onto pupils and parents by Plaid Councillors’ continuing attempts to permanently close small schools during a global pandemic.

“We have been saying for weeks that Plaid Councillors have always had the power to make a local decision, support pupils and parents, and end these school closure talks.

“The Plaid Education Member suggested in the meeting that the Welsh Government had provided new information to the Council after our last debate, yet we know that this is not correct. The Welsh Government merely reiterated that it is for local authorities to decide on whether to halt, extent or cancel consultations to permanently close schools. They knew that when Plaid Cymru and Independent Councillors voted against our motion to halt school closure talks.

“We welcome that after weeks of campaigning, the Executive Board will now consider our demand to halt school closure consultations for at least six months next week. We will continue our campaign to boost the concerns of local residents until they listen.”