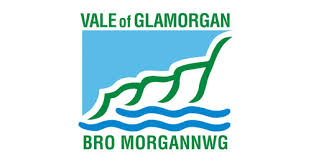 SCHOOLS in the Vale of Glamorgan continues to receive hundreds of pounds less of funding per pupil compared to schools in Cardiff.

For the current financial year, the delegated schools budget means schools in the Vale receive £4,496 per pupil, compared to £4,981 in Cardiff — a difference of £485.

The difference used to be starker: £547 last year, and £500 the year before that. But now renewed calls have been made to fund schools in the Vale more fairly.

The Vale of Glamorgan is a key swing seat in the upcoming Senedd elections in May. In the last election, in 2016, Labour won a slender majority of just 777 votes, with the Tories coming in second. Labour MS Jane Hutt has represented the area since 1999.

Matt Smith, Conservative Senedd candidate for the Vale of Glamorgan, has called for more funding to go towards schools in the Vale.

He said: “The Welsh Labour government has prioritised Cardiff and other areas they think more important, even with a Welsh Labour MS representing us for over 20 years. Frankly, it is insulting.”

This year, Cardiff received the third most funding for its schools in the delegated schools budget, behind Denbighshire and Blaenau Gwent.

The amount received by the Vale of Glamorgan, however, is fourth from the bottom of the table, ahead of Flintshire, Caerphilly and Newport.

“I will work with residents and families in the Vale of Glamorgan to get the funding it deserves from the Welsh Government, and make sure that we are not put to the back of the queue.

“At this year’s Senedd election, a vote for me will mean a vote to ensure that you and your families will get the funding that is deserved. And to ensure your children receive a properly funded education.

“And to know that by simply living within the Vale you are not receiving less per person than if you lived in Cardiff”.

A row over school funding broke out in 2018 when the previous leader of the Vale council, John Thomas, wrote to parents in the district as well as Kirsty Williams, the education secretary.

Cllr Thomas said then that the formula used to calculate the level of funding each local authority receives is based on out-of-date information gathered in the 1991 census.