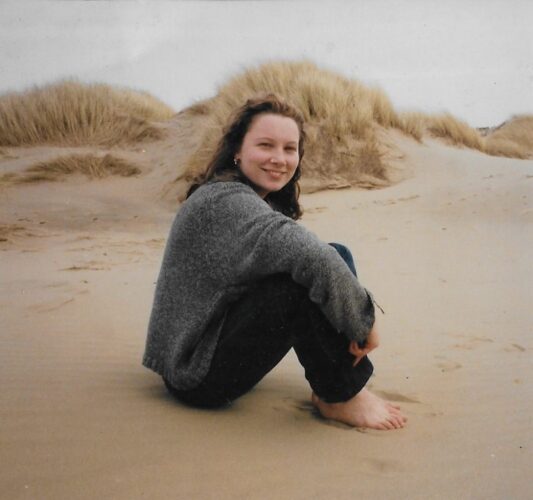 TWO decades after her tragic death, an international investigation into the murder of a Brecon woman in Thailand has come to an end.

In May 2000, Kirsty Sara Jones left her home in Tredomen, near Brecon, for a solo backpacking holiday around the world. The 23-year-old visited Singapore and Malaysia before moving on to Chiang Mai, Thailand, in early August 2000.

Kirsty checked into a well-known backpacking guest house and spent her time trekking into the nearby mountains, sightseeing and meeting new people.

During the early hours of August 10, after enjoying an evening with friends, Kirsty was attacked and murdered in her room. Her body was discovered the next morning, sparking an investigation that would span 20 years and two continents. Despite several arrests, no-one was ever charged for Kirsty’s murder.

“Kirsty was a bright, intelligent, independent young woman who had the world at her feet”

On Sunday, August 9 the Thai 20-year Statute of Limitations, in this case, expired, after which no criminal prosecution can be brought against a person in Thailand for this crime.

Speaking ahead of the 20th anniversary, Kirsty’s mum Sue said:

“It is a really sad time for us as a family.“We have worked hard over all of these years to keep the Thai authorities interested in Kirsty’s case and to ensure that the investigation continued to try to identify the persons responsible for her murder

“Kirsty was a bright, intelligent, independent young woman who had the world at her feet. Kirsty has gone from our lives, whilst her killer remains at large. Had they been brought to justice the sadness and emptiness would remain the same but it may have brought us some closure. I hope we have done her proud in trying to get justice.”

Sue added: “I have nothing but praise for Dyfed-Powys Police who have always provided us with support and have tried their best to progress the Thai investigation.

“Without their influence, I am confident that the Thai investigation would have ended years ago.
“We are now in contact with the Foreign and Commonwealth Office so that we can finally get Kirsty’s belongings back home with us.”

In 2001 Dyfed-Powys Police successfully lobbied to get the case re-opened by the Thai Attorney General after it was closed due to insufficient evidence to mount a successful prosecution.
Officers from Dyfed-Powys travelled to Thailand several times in the years that followed to discuss the investigation, hold press conferences and bring exhibits from the case back to the UK for detailed forensic examination.

Added D/Supt Phillips: “Unfortunately no-one has ever been prosecuted for Kirsty’s murder and the Thai Department of Specialist Investigations has now closed the case, meaning a permanent end to the investigation.

“Myself and colleagues before me have been in regular contact with Kirsty’s family throughout, and we share their deep disappointment that no-one has ever been brought to justice.”