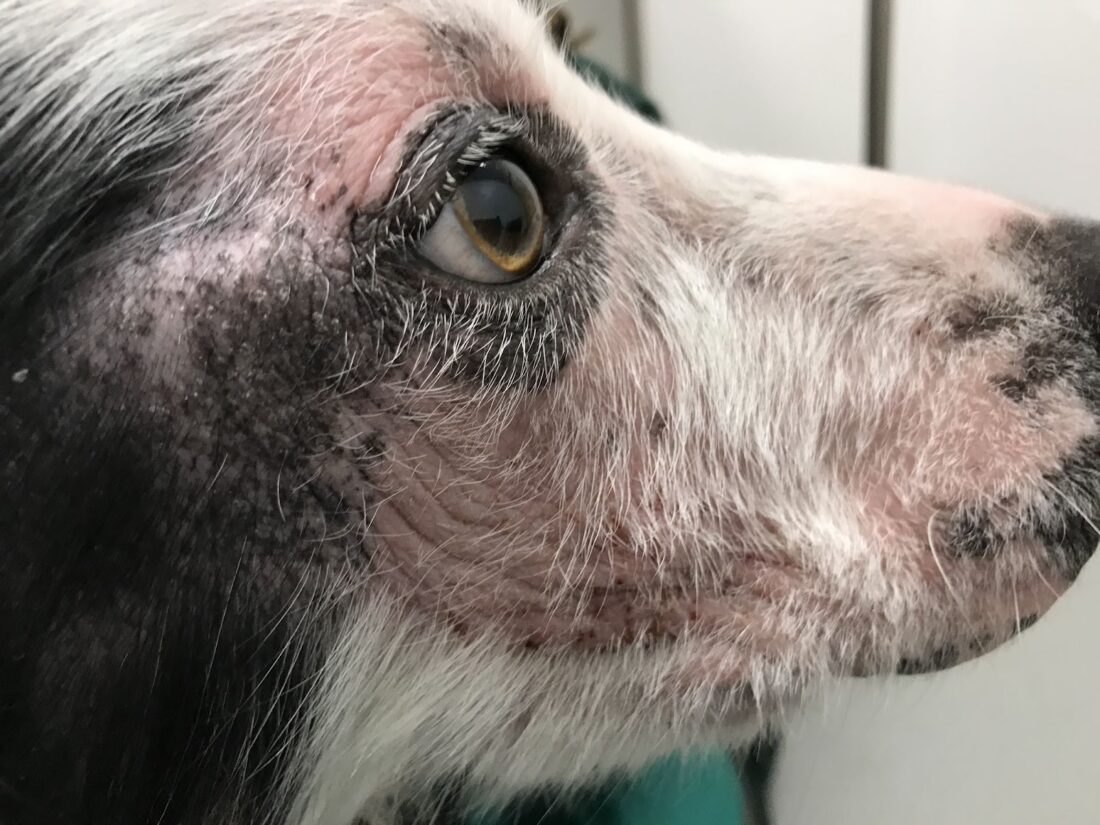 A man and a woman from Ogmore Vale have been sentenced after they caused the unnecessary suffering of a border collie.

The offence was that they caused the unnecessary suffering to border collie type dog, named Charlie, by failing to provide veterinary treatment in respect of his severe allergic skin disease with secondary bacterial and yeast infections.

They were sentenced at Cwmbran Magistrates’ Court last Thursday (21 July), and were disqualified from keeping dogs for 12 months, were each asked to pay a £120 fine, ordered to pay £200 each and a £34 victim surcharge each. There was also a deprivation order imposed for the dog – Charlie.

In mitigation it was heard that the duo had co-operated with the investigation and had given Charlie some treatment, but this had fallen short of what would have been expected.

In a witness statement presented to the court from RSPCA deputy chief inspector Gemma Black, she said when she first met Charlie on 7 April of this year he was “alert and active and in reasonable bodily condition however was missing fur in a lot of areas around its body”.

She said that a large section of Charlie’s back was bald, with thickened black skin.

Gemma added: “The paws all looked like the skin surrounding them was red, sore and inflamed. There was reddening around the eyes as well. Areas of the body that the fur was missing was warm to touch and the dog was scratching constantly.

“I also noticed that under the neck of the dog and stomach area was very pink and warm to the touch. Some areas of the skin that were exposed from no fur were thickened, especially around the top of the tail and rump area.”

Speaking to Miss Dowd about Charlie, Gemma said: “They advised that he had not been taken to the vet for treatment as he was microchipped to another address and they had feared they would lose him. She told me she had flea treatment delivered monthly and that this month’s course had arrived that day and she was yet to administer it.”

Charlie was taken to a vet by Gemma where a veterinary surgeon examined him and confirmed that she believed he was suffering. Charlie was taken into possession by police and placed into RSPCA care.

Gemma, who visited him on 26 April, said: “He looked a lot better from when I had previously seen him on the 7 April. His skin looked a lot calmer and a normal skin colour. He was also a lot more comfortable and wasn’t scratching.”

Charlie, who has been transformed in RSPCA care will be made available for rehoming in the near future. (picture of Charlie now – above)

Following sentencing, Gemma added: “Charlie is just the sweetest collie dog and I just can’t wait for him to get his happy ever after.”