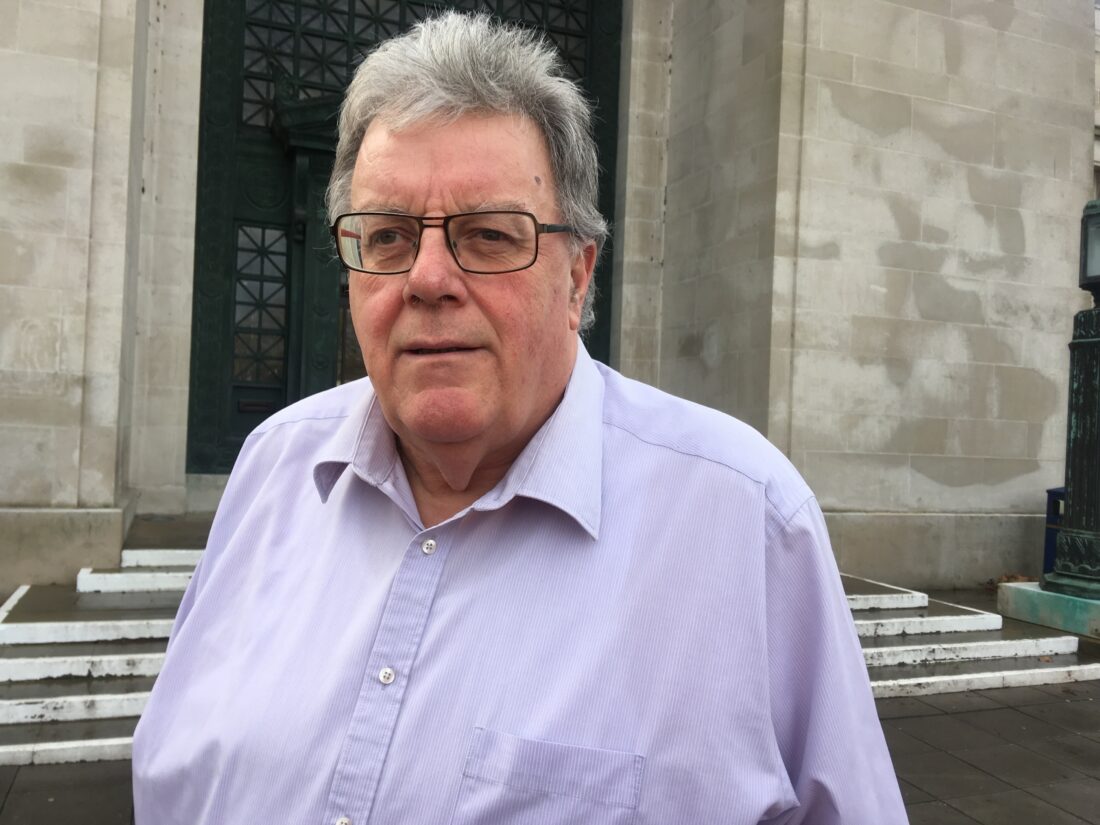 Chris Holley has been around the block, and back again, but he is still up for another tilt at becoming council leader.

Merchant seaman, factory worker, maintenance fitter, leader of the opposition, Lord Mayor of Swansea, council leader, Assembly candidate, and opposition leader again – Mr Holley has been in the thick of it.

“You could leave a job on a Friday and get another one on Monday,” he said.

“We had huge factories, manufacturing plants. We were a prosperous area.
Now the jobs are more service-based – the wealth creation is not what we had.”

It could have been different if he had taken to life as a merchant seaman in his younger days, but he served for just over a year.

Asked how he got into local politics, Mr Holley said he always took notice of what was going on around him, but was put off by what he saw as a rigid Labour-Conservative political system when he was younger.

The emergence of the Social Democratic Party in the 1980s, and its merge with the Liberal Party to form the Liberal Democrats, offered him a route.

He was elected as a councillor in 1985 for the former St John’s ward – now Cwmbwrla – and he has served in that capacity since.

He became Lib-Dem opposition leader and then the leader of the council in 2004, heading a coalition of Lib-Dems, Independents, Conservatives and a People’s Representative. A second coalition term of office got under way in 2008 before Labour re-took the administration in 2012.

Mr Holley said being council leader was very different to heading up the opposition.

“We came in and we wanted to do different things, but it was very difficult,” he said. “Some projects couldn’t be switched off.”

Changing the culture, he said, was like “turning a supertanker”.

“It (the council) is a huge organisation,” he said. “We wanted it to be more responsive, and more orientated on creating jobs.”

He said a high point was reopening the leisure centre, while cutbacks and wider job losses as the UK was plunged into recession in 2008 were low points.

We were speaking at his modest, semi-detached house on Middle Road, Gendros, before the party manifestos were published ahead of the May 5 council elections, and before the war in Ukraine.

The 69-year-old said being opposition leader and representing his ward was a seven-day-a-week role, but with lulls.

Asked about pressing issues in Cwmbwrla, he replied: “Mostly anti-social behaviour – joy riders, off-road bikes – and the state of the roads.”

He felt there was a shortage of facilities for younger people.

On a Swansea-wide level, Mr Holley cited roads, pavements and a lack of shops in city centre.

“That’s not an easy problem to solve,” he said in reference to shops.

He added: “As a council, we don’t seem to be driving policies forward for tourism. It is one of our growth areas.

“We should be looking at having more Blue Flag beaches, and a minibus to various beaches in Gower – that type of thing.”

Mr Holley, who is a prospective councillor for Cwmbwrla in May’s council elections, said he would also like the authority to run its own bus company.

The Lib-Dems have been criticised by the Swansea Labour administration for not taking part in council policy development committees.

Mr Holley’s take on these committees, which the Swansea Conservatives participate in, was that they were there just to develop Labour policies.

He said the work of scrutiny committees and panels was more important and relevant for the opposition.

In council debates, Mr Holley doesn’t lack confidence but I wondered if he was able to effectively pin Labour on the back foot.

“I think we try our best to highlight what’s happening, we try to explain the borrowing requirements of the city deal (for the Swansea Bay City Region) and certain other projects,” he said.

“There’s very little debate, unless you put in a notice of motion.”

“I was asked to do it,” he said. “I think you’ve got to have certain mindset and skillset. It’s not for me.”

Why would he make a good council leader, I asked?

“Because I am tolerant and patient,” he said.

Like any elected official who puts their head above the parapet, Mr Holley said thick skin was a prerequisite, especially with social media.

“I don’t like people saying things about your family,” he said.

But he said social media was good for getting information out to residents – “generally okay” was his judgement of the likes of Facebook and Twitter.

Mr Holley’s wife Susan passed away in 2013. He has two grown-up daughters, and a partner in Llanelli.

He is an avid Swansea City fan, follows the Ospreys, and dabbles in gardening.

I sense a nostalgia about the industrial and manufacturing days which Swansea, like other cities, once had.

But Mr Holley recalled the flip side to this.

“The Swansea Vale area was desolate after 200 years of copper smelting – the environment is much better now,” he said.

He said the Lib-Dems advocated “a fairer, greener and better connected city”.

He added: “We’d like a more open council, with more communication with the general public.”