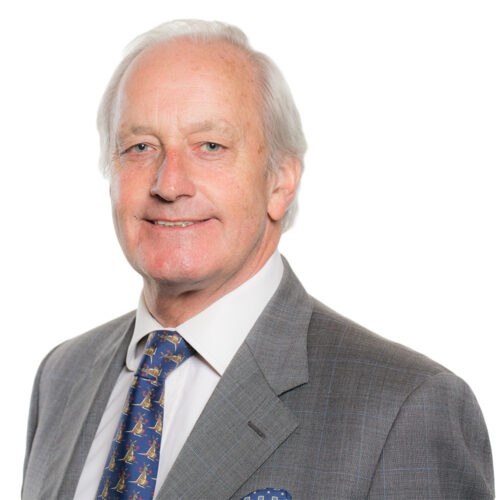 NEIL Hamilton, MS for Mid & West Wales, and Leader of UKIP Wales is calling on farmers in Wales to have their say on future milk supply contracts.

Mr Hamilton, a member of the Climate Change, Environment and Rural Affairs committee, is urging them to take part in a consultation to tackle supply chain issues across the UK dairy sector.

“This is an excellent chance for dairy farmers across the country to have their say on proposals for fairer conditions for milk contracts and they must take advantage of this opportunity.

“I know what a devastating impact Covid-19 has had on the whole rural economy, and many farms and businesses are really struggling to keep their heads above water. Farmers need all the help they can get to recover so it is vital they make their views known loud and clear.

The Covid crisis has hit farmers particularly hard and they are under increasing pressure because several of their normal markets are no longer available to them. The massive drop in demand has impacted on red meat, poultry, vegetables and dairy.

“Milk price to the farmer has dropped dramatically, farms are forced to sell at a loss and gallons and gallons of milk are having to be poured away. We do need this protected for the future.

“I have said many times how vitally important it is to protect the dairy sector and would urge Welsh farmers to take part in the consultation.”

The Welsh, UK, Scottish and Northern Ireland Governments have worked together to launch the 12 week consultation which seeks to end any unfair practices within the sector.

Dairy farmers and processors are being consulted to explore whether regulations could be introduced to strengthen fairness and transparency. This includes the possible introduction of mandatory contracts within the dairy industry.

Currently, milk contracts are subject to a Voluntary Code which sets out minimum standards of good practice for contracts between producers and purchasers.

Evidence gathered during the Groceries Code Adjudicator Call for Evidence in 2016 highlighted a pattern of unfair and unclear practices in the dairy industry.

This suggested unfairness in the supply chain caused by milk buyers having the power to set and modify the milk price in a contract, often with little notice. Cost pressures from retailers have been able to be passed onto farmers, who are locked into long and inflexible contracts.

Proposals include an option to introduce a mandatory pricing mechanism within all contracts between dairy farmers and processors. It would ensure the price paid for milk produced by the farmer is formally agreed within the contract, and that contract negotiations are agreed in a clear, fair and transparent way.

NFU Cymru has been working with partners at the NFU, NFU Scotland and Ulster Farmers’ Union for many years to lobby for changes to dairy contracts.

NFU Cymru Dairy Board Chair Abi Reader said: “We are pleased that the Welsh Government has today issued this long-awaited consultation. We believe it is the start of an opportunity for the sector to move forward.

“At times when the market is under pressure, milk buyers often have the discretion to change contract terms and pricing mechanisms, even to introduce retrospective penalties and price cuts without negotiation.

“The recent Covid-19 crisis has seen many of these scenarios play out. Farmers were hit with price cuts at no notice, unilateral implementation of A/B quotas, a lack of transparency over pricing and delayed payments, which left many businesses in an unsustainable position. This has to change, and with mandatory conditions within milk contracts we have an opportunity to do just that. Let’s not waste this opportunity and work together for a positive outcome.”

The consultation is open until September 15.