What Cardiff Conservatives plan to do if they get into power 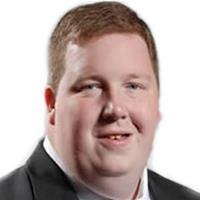 CARDIFF’s Conservatives have promised to freeze council tax, rule out a congestion charge, and upgrade bin collections and buses if they win upcoming elections.

The party has launched its manifesto for the Welsh capital with pledges to fix potholes faster, plant more street trees and protect the Caerphilly edge from development.

The Tories have been the largest opposition party on Cardiff council since 2017, and currently have 21 councillors out of a total of 75, but they’re hoping to take control of the city after the local elections on Thursday, May 5.

The Conservative group on the council has criticised the ruling Labour administration for delays to major developments like the new bus station, and reducing day-to-day services like bin collections. The group would also rebalance focus across the whole of Cardiff, rather than just on the city centre and southern parts of the city.

“The last few years have been difficult for Cardiff residents and as the city recovers from the pandemic, residents need support right across the city. Cardiff Conservatives have been listening to those calls. We’ve heard that you want basic council services to be delivered consistently and fairly across all parts of the city.

“We’ve understood that you want our parks to be improved and made safer. We’ve heard your concerns about high council tax levels. If we win the council elections on May 5, we will tackle these concerns. Our manifesto includes pledges for the basics, from your bins to be collected regularly and reliably, to supporting our community facilities across the city—and to ensure that council policies do not favour one area over another.”

Key policies in the manifesto include upgrading the current ‘green wedge’ along the Caerphilly ridge into a ‘full green belt’, to provide further protection from any potential future developments. Also, the number of trees on the city’s streets would be doubled, and garden waste collections would run all year round and fortnightly in summer.

Council tax would be frozen next year with no increase, and future increases would be less than inflation. Extra support would be given for small businesses and entrepreneurs, and the council would lobby the Welsh Government to keep more of the city’s business rates. The party estimates that a third of business rates paid in Cardiff are diverted elsewhere in Wales.

On transport, Conservatives have promised to rule out bringing a congestion charge. Labour has previously suggested that a charge could be brought in for people living outside of the city, of about £2 a day, but more recently denied having any firm proposals. The Tories would also install new bus shelters and electric vehicle charging points, and upgrade cycle storage.

“We will help council tax payers, who over the last 10 years have faced Labour’s rises of almost 50 per cent, by freezing council tax in 2023, as we proposed in this year’s budget.

“We will help improve transport in Cardiff, including our ‘bus back better’ improvement programme to counteract the damage to the bus industry caused by the lack of a bus station, and push for train and light rail improvements, such as Sunday services on the Coryton and City lines.

“I know my Conservative team for 2022, formed from both sitting councillors and new candidates, is ready to listen, ready to act, and is the best choice for residents at the elections on May 5.”