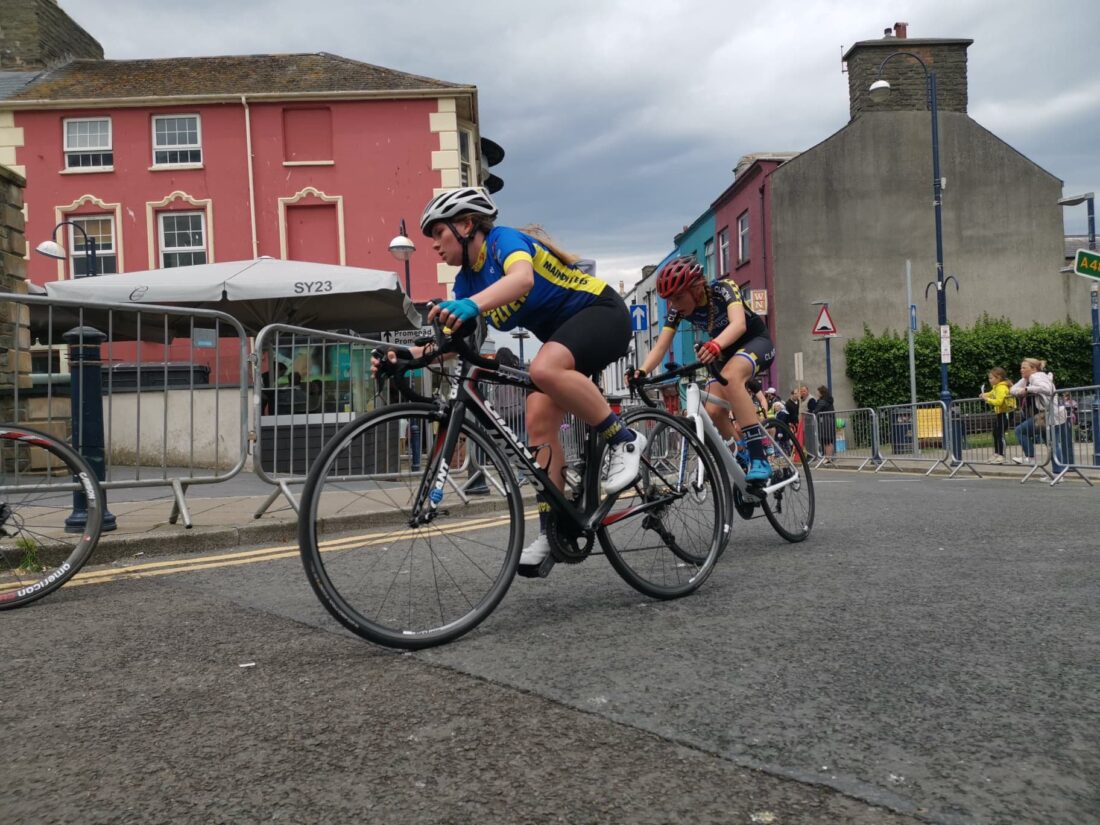 The Welsh Circuit Race Championships sees cyclists from all over the UK competing for the title of Welsh Champion, from age categories of 8 years old upwards, all the way to the main events of the evening, the men’s & women’s senior championships.

The award winning course circumnavigates the iconic 19th century Old College, the 13th century Castle, the Victorian Pier and also brushes the town centre for what is a great day’s entertainment for all.

This year cyclists from as young as 8 years old had their chance to race in Aberystwyth Town Centre.

The races began  at 10am on Saturday (June 4) with various races for local primary school children, followed by a race for beginner ladies, and then a parade by the Wheel Together group of cyclists of mixed abilities on adaptive bikes.

Finally the Welsh Circuit Race Championships were  held throughout the afternoon and evening.

Well over 500 cyclists were racing around the streets of Aberystwyth in total!

These races are the backbone of the festival with everyone able to watch the action for free whilst being catered for by the many café’s bars and restaurants around the course that stay open on the night.

The event was a great success.