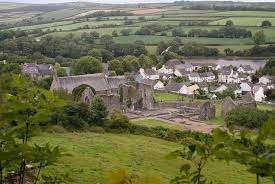 RESIDENTS objected to yet more holiday accommodation in their north Pembrokeshire village but planning permission was granted by councillors.

St Dogmaels resident Gill Wislocka told members of the Pembrokeshire County Council planning committee that she was speaking on behalf of 20 named individuals, who “objected completely to the application.”

At the meeting on June 14 an application for the erection of a boat shed with holiday let accommodation in the loft at a former boat yard to the north east of the village and next to the River Teifi, on the way to Poppit Sands.

“One company has 93 holiday let properties already in our area, we don’t need another one,” she added.

There had been 46 letters of representation received raising concerns about the location, design, visual impact, impact on the character of the area, highway safety, habitat and biodiversity impact, light pollution and lack of economic benefit.

St Dogmaels Community Council also objected to the plan and conditions were added to the approval by Dwr Cymru, Natural Resources Wales and the council ecologist.

It was recommended for approval by the planning department.

There was only on vote against the application from Cllr Jordan Ryan, one abstention due to technical difficulties and 12 votes for the proposal.