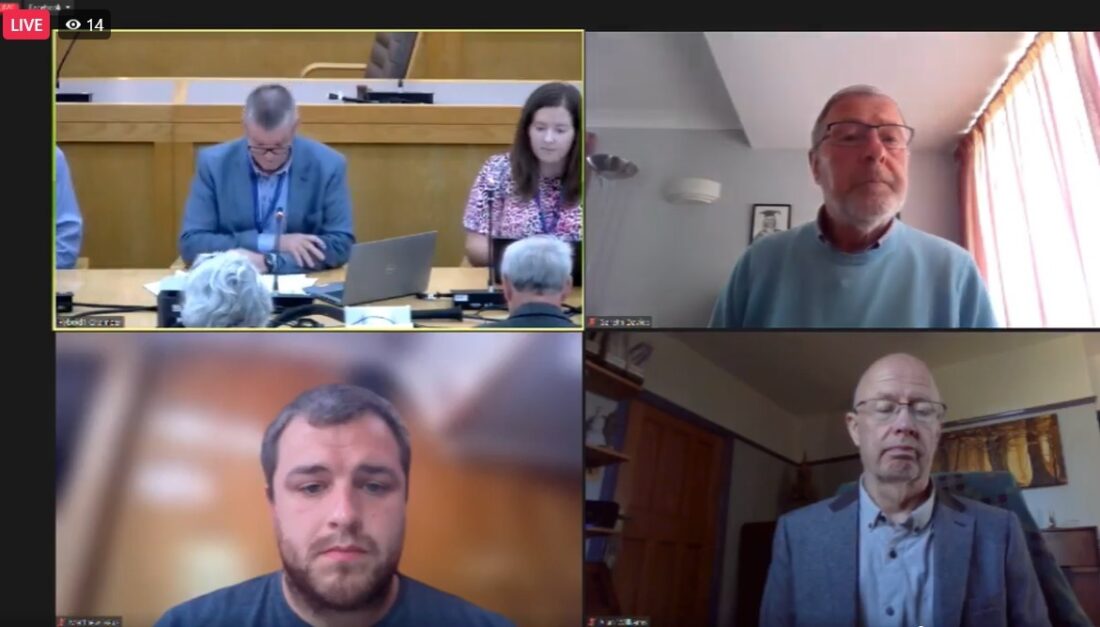 The inaugural meeting of the Plaid Cymru led council and executive body was a hybrid gathering on Tuesday, June 7.

Present were a number of newly elected councillors, along with more familiar faces, including council leader Cllr Bryan Davies and Cllr Alun Williams who continues in his previous cabinet role.

Cllr Davies said that members had “all had a shock” hearing of Cllr Harries’ death and condolences were sent to his family and friends.

He added he had known Cllr Harries for ten years, adding he had “quite and influence on me in his unique way. Any time Hag spoke I always made sure I listened.”

“He was a character,” said Cllr Davies and there was “much respect for him.”

Cllr Gareth Lloyd, leader of the independent group, echoed comments made about Cllr Harries’ ability to quote from Greek philosophers to Bob Dylan while expressing his understanding of anything on the council agenda, adding he had been looking forward to continuing to work with him, having done so for 14 years.

“If you had been to Lampeter you will have met Hag and Lampeter and Ceredigion will miss him terribly,” he added.

Cllr Harries died suddenly on Tuesday, May 31, and the council issued a statement paying tribute to him with council flags lowered to half mast last week.

It states that Cllr Harries “has provided long-standing service to Ceredigion and its residents, being first elected in 1995 and previously a member of Dyfed County Council since 1981. He was a cabinet member from 2012 until 2017 and chairman of Ceredigion County Council from 2018 until 2019.”

Cllr Davies added he “was a clear and firm voice to residents and to the town that was so close to his heart. Hag was always helpful and ready to offer words of support or wisdom across the floor of the chamber; we will miss his likeable character.”