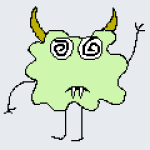 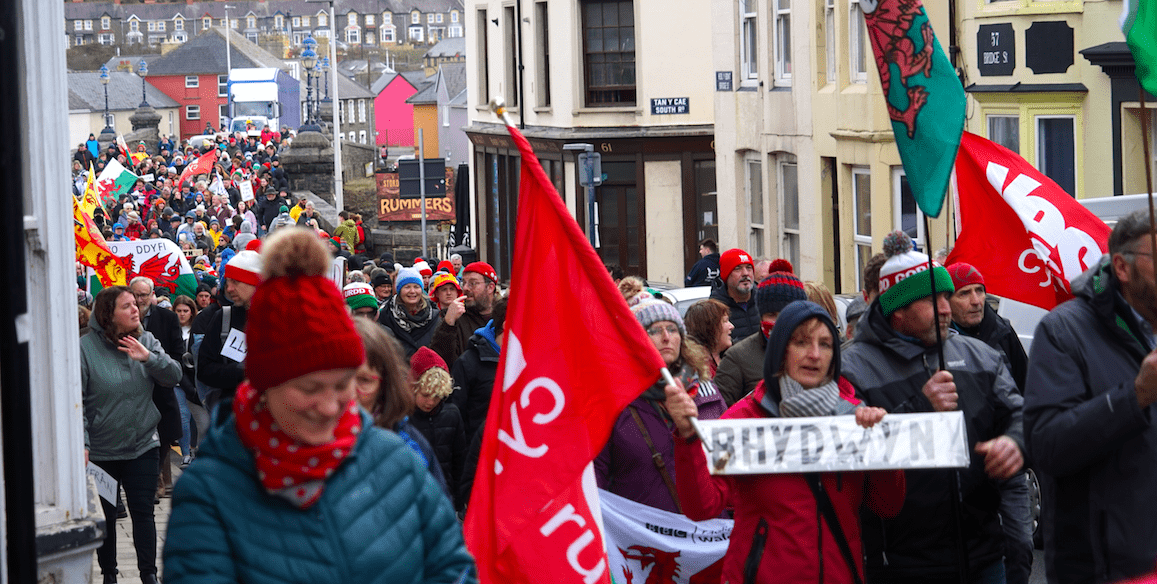 TODAY (19 Feb) in Aberystwyth, campaigners took to the streets to press the Welsh Government to go further than restraining the worst effects of an excess of second homes and Air B&Bs and to commit to a Property Act for Wales which would give local authorities and local communities control over the housing market.

The campaigners gathered on Pont Trefechan, the historic location of the first Cymdeithas demonstration. The 250 or more partcipants at the start of the march were accompanied by a marching band with members of the public joining in as the march proceeded through the town. Organisers claim around 1,200 took part in the march.

“The danger is that so many of these projects can become vanity projects or at their simplest they become tick box excercises. For something to be successful and sustainable it has to be built from the community upwards.”

You can listen to the full interview with Ffred Ffransis here. Audio ©Llanelli Online CIC

The campaigners made a significant gesture at the end of the march by dropping their signs and placards over the boundary fence of the Welsh Government offices. The signs were a mix of town names and slogans in protest against second homes and Air B&Bs.

The atmosphere was electrified with Welsh hymns and chants calling for the Welsh Government to act on the current housing crisis in Wales.

Climate Change Minister Julie James revealed details of a pilot scheme to tackle the impact second home ownership is having on some Welsh communities.

Speaking in the Senedd in Novermber 2021, the Minister confirmed the pilot will bring together a range of actions to address the impacts large numbers of second homes and short-term holiday lets can have.

The first phase of the pilot will build on the practical support Welsh Government is already providing to address affordability and availability of housing and will be tailored to suit the needs of people in the area. More details will be confirmed following the Budget, with the Minister keen to look at shared equity schemes, rental solutions and what we do with empty homes.

Two dedicated posts will support delivery of the pilot in the areas to link the interventions, engage with communities and maximise the impact.

The Minister also launched a consultation on proposed planning changes.

This will seek views on the use of ‘class order’ in planning which would allow local planning authorities to require planning applications for additional second homes and short-term holiday lets in areas where they are causing significant difficulties for communities.

The consultation will shape the second phase of the pilot which could involve making changes to planning, taxation and tourism systems.

We want our Welsh-language communities to continue to be economically viable places for local people, especially young people, to live and work and where the Welsh language and culture can thrive.

While there are no easy answers, I am confident the interventions proposed today will go a long way to addressing our objective of ensuring that people in Welsh-speaking communities can afford to live in the communities in which they grew up.