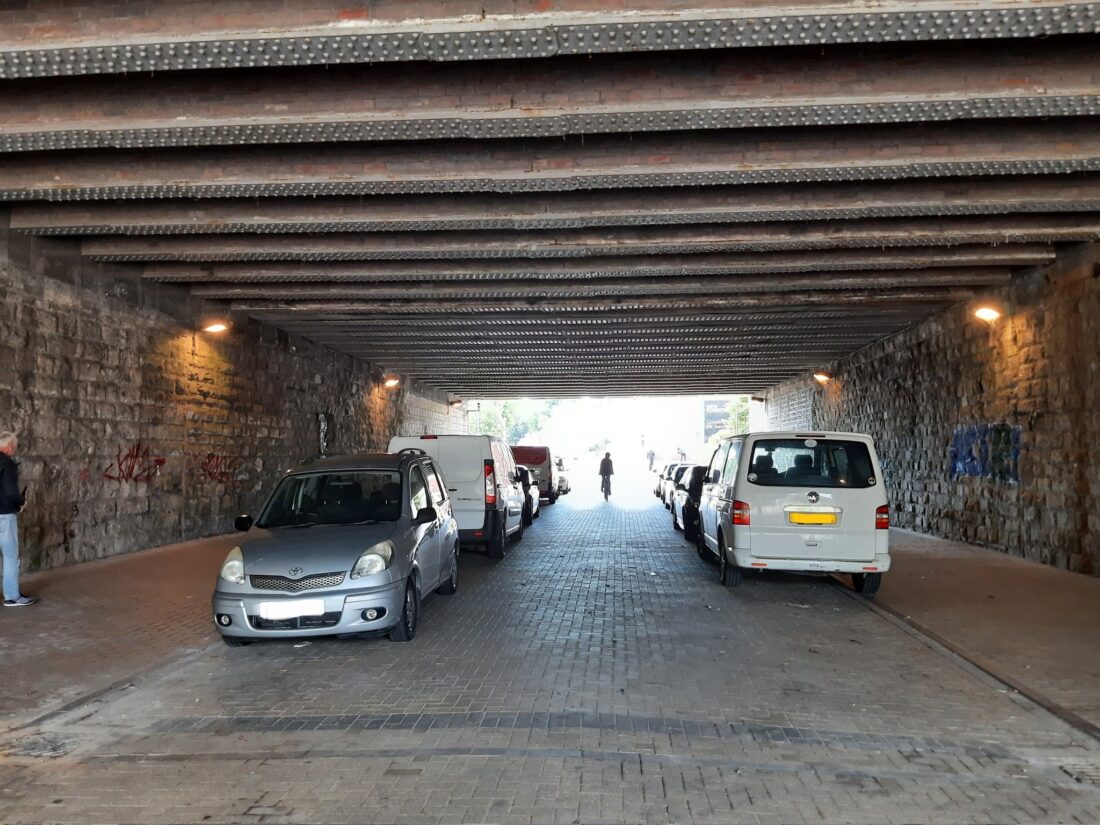 Cardiff Council is seeking to erect heavier bollards at a railway underpass after its initial attempt to prevent cars driving and parking there failed.

The council said it was installing temporary barriers before permanent ones could be put in place again after cyclists and residents expressed their frustration at having to “dodge” parked cars.

The railway underpass, which is part of the Taff Trail cycle route, was originally blocked off to motor vehicles with a set of bollards. However, these were removed when lighting work in the underpass took place.

One resident, Liz Silversmith, said: “If the council are going to spend this much money on very welcome, segregated cycle lanes throughout the city centre, it would be a shame for it to fall down at inter-connected points between routes.

“We need to ensure it’s not only safe for all path users, but to make sure that it’s pleasant to ride down and no unexpected cars are taking up the space.

“Bollards need to put in, safe LED lighting, and it would also be a nice place for a sign that shows all the cycle highways throughout the city, showcasing the good investment and progress made to being an active travel city, which will soon be brought together in the bus interchanges being finalised.”

Residents and cyclists had not long been praising the work that had been done to the ramp joining the Taff Trail route with Taffs Mead Embankment before cars started parking in the railway underpass.

Another resident, Gwilym Owen, called the work to widen the pedestrian and cycle path “fantastic”.

However, he admitted the issue of parked cars in the underpass was “really irritating”.

He added: “You have got this thing, which is arguably really good and the whole point of it is to avoid conflict or any unintentional collisions by spacing people out, and then suddenly you have this hazard of a line of cars at the bottom of it.”

When asked if any other measures had been put in place to resolve the issue of cars parking in the underpass, a Cardiff Council spokesperson said it is trying to get heavier bollards put in place as soon as possible and that it is currently sourcing some.