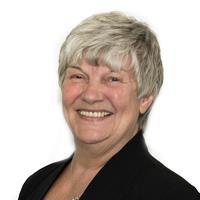 A COUNCILLOR has called for action to address the housing repair backlog risk in Cardiff to ensure that people are not being left in “potentially unsafe accommodation”.

Cardiff Council ward member for Gabalfa, Cllr Rhys Taylor, asked at a Cardiff Council meeting what is being done to support the responsive repair unit at Cardiff Council to address outstanding housing repair work, stating that a number of residents have come to him with damp issues – with one resident allegedly being “repeatedly unwell” because of the issue.

A Freedom of Information request found that on May 31 there were 12,111 outstanding repairs for social housing.

According to Cardiff Council, the figure 12,111 relates to all cases currently in the council’s responsive repairs system, including properties visited ahead of a repair starting, repairs already underway and in communal areas.

When asked by Cllr Taylor raised the issue at a meeting of full council on June 30, Cabinet Member for Housing and Communities, Cllr Lynda Thorne said:

“As I have regularly reported to council over the last few months, the responsive repairs unit faced considerable issues during the pandemic, with extensive periods when operatives were not able to access properties.

“However, I am pleased to say that this has been reduced to 1,666 jobs and work is ongoing to complete the remaining backlog.

“New jobs that are being received are generally being addressed within the set timescales.”

According to Cllr Thorne, for emergency repair work operatives aim to “make safe” within two hours and complete the work within 24 hours.

“The figures I have available to me suggest that more than 12,000 repairs are waiting at the moment and more than 1,400 of those are more than a year.

“I am just concerned because some of the residents that come to me are suffering from damp, a child has been repeatedly unwell because of the damp in their property, others don’t have working showers.

“I am just wondering what is being done to support the responsive repairs unit to ensure that they can bring that backlog down so that we are not leaving people in potentially unsafe accommodation.”

“An awful lot of work has gone into addressing the backlog and if you have any outstanding repairs for that length of time I would appreciate it if you would either contact me or get the residents to contact me.

“In terms of damp it is a big issue.

“Frequently, people say they are suffering from damp, officers go along and say it is condensation, and I have spoken to officers because some people are living with this condensation.

“The council go in, clean off the walls, tell [residents] to put their heating on, open their windows and we all know that with heating bills going up, that is going to be impossible going forward.

“We are looking at what we can do to address it because very often the condensation forms there because there is a cold spot on the wall and whilst doing the high rise blocks in Gabalfa when we remove the cladding, many of those tenants suffer from condensation.

“We trialled some internal cladding which was actually insulated from the inside.

“We are going to look at those trials and start to address those issues properly.”

Cllr Thorne did note that “clearly there are issues” with properties and that some of the properties she has been to visit have been “awful”.

“I have been in properties and the smell and the spores in the air is awful. It is something that we are working on and that we really need to address.”

A council spokesperson said: “The council’s responsive repairs unit received more than 72,400 repair requests last year and 91.39% of those were completed by the in-house team.

“During the pandemic lockdowns, operatives were unable to access tenants’ homes to carry out routine repairs for 29 weeks. This coupled with staff sickness, tenants shielding or not allowing access resulted in a backlog of  5,720 jobs accumulating.

“The council established a taskforce, allocated additional resources and piloted a new way of working for operatives in the repairs team to help tackle the backlog, which has now decreased significantly to 1,666 jobs.

“We are really grateful to all tenants for their patience and understanding as we continue to work towards clearing the backlog.”