Driver served £25,646 worth of fines for 34 counts of speeding offences 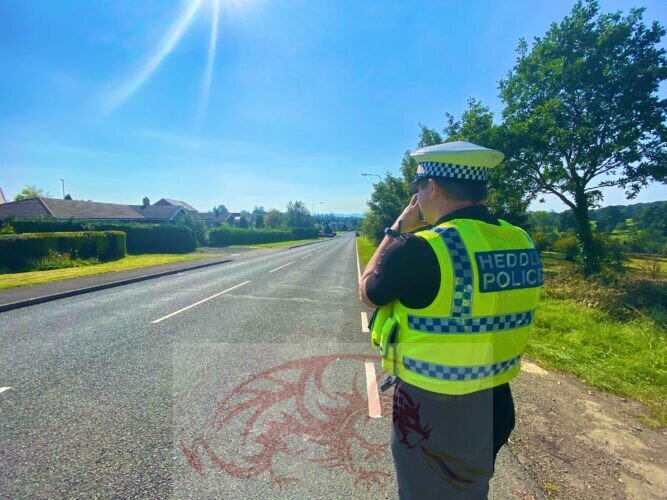 A DRIVER has been given 18 points, fines totalling £25,646 and disqualified from driving for 18 months after being found guilty of 34 separate speeding offences.

Between August and October 2021, a Nissan X Trail bearing Irish plates committed 34 speeding offences in the South Wales Police area. An investigation was started by GoSafe, which included circulating the vehicle details. GoSafe Field Enquiry Officers were alerted to the vehicle being stopped for displaying false plates. It had then been seized as it had no insurance, and the driver had no license.

This allowed GoSafe to establish the correct registration and address for the vehicle. They used this information to send all 34 Notice of Intended Prosecution letters to the owner, Ann Marie Cash, from the Cardiff area.

After receiving no response to the letters, all 34 offences were referred to Cardiff Magistrates Court. Ann Marie Cash contacted the court and pleaded guilty to the offences, however, was invited to attend due to the possibility of disqualification.

She did not attend, and the case was heard in her absence at Cardiff Magistrates Court on Monday, 23rd May 2022. All 34 offences were proven, with each offence carrying a fine of £660 with court costs and victim surcharges.

The offences were not consolidated and the court ordered that each offence was paid. This meant the total costs amounted to a £21,780 fine, £3610 costs, and a £256 victim surcharge. Ann Marie Cash also received 18 points and an 18-month disqualification from driving.