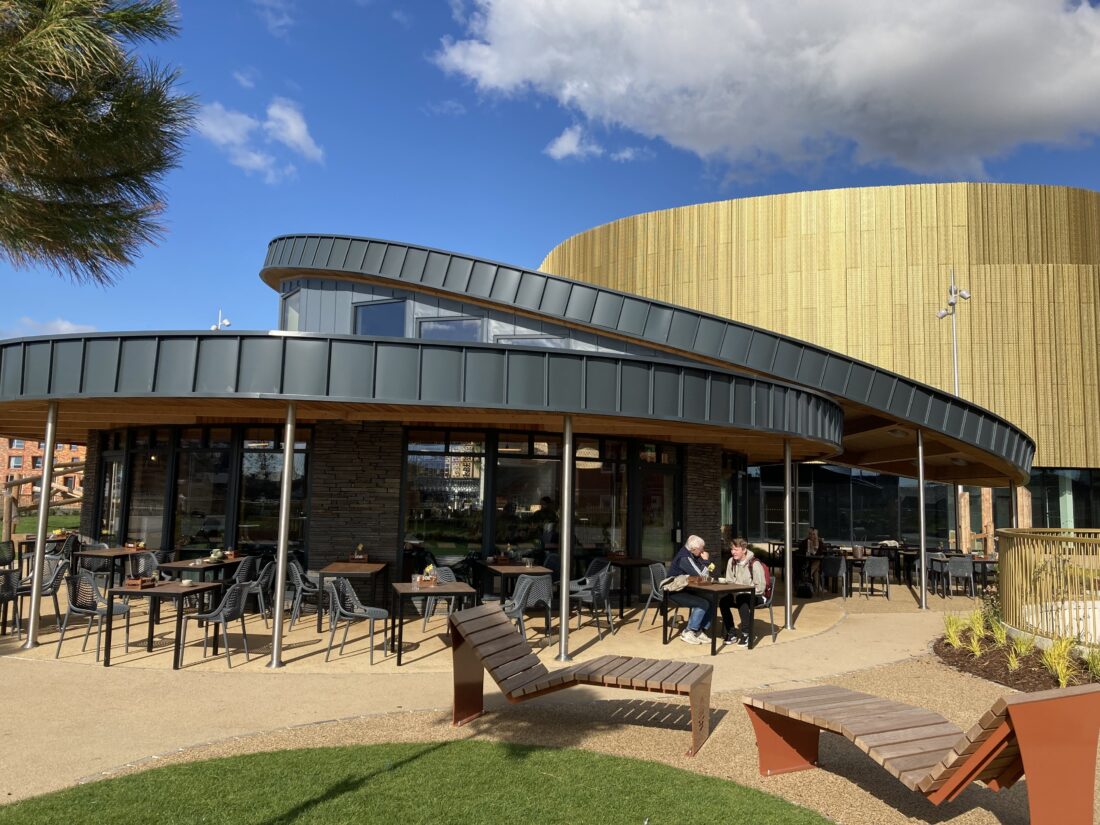 ALCOHOL has been set at a premium price at a new cafe-bar by Swansea Arena to deter people thinking of drinking eight or nine pints, a licensing meeting heard.

Ryan Hole, who operates The Green Room Bar and Kitchen and who is facing objections from nearby residents, said this pricing was done on purpose.

“We don’t want to be an alcohol-led venue,” he said.

Mr Hole said customers were likely to have one or two drinks only with their meal at the premises, which he runs with his sister Lucy, at the new coastal park.

The Green Room has been open since mid-March under a temporary licence. Mr Hole has applied for a premises licence with longer operating hours than currently. He wants the venue to be open from 8am to 11.30pm and serve alcohol from 8am to 11pm seven days a week. Some live acoustic music is also proposed indoors.

Mr Hole’s application is being considered by a Swansea Council licensing sub-committee, which also heard from a licensing officer and two objectors.

One of the objectors, Alison Lloyd, said she was speaking on behalf of many residents of Victorian Quay, which is set along the rear of the coastal park.

She said residents weren’t against a new venue in the coastal park, but didn’t think The Green Room would be able to satisfy two licensing objectives: the prevention of public nuisance, and the prevention of crime and disorder.

“The coastal park has been set up as a family-friendly environment, therefore the cafe should not need alcohol,” she said.

Mrs Lloyd said customers at the new cafe-bar were taking glasses to the venue’s outside seating area, and that she was worried that footfall in the summer would be “a completely different ball game” than currently.

The other objector, Ian Evans, who was speaking on behalf of two named residents, claimed other parks in Swansea didn’t have licensed premises – except for special events at Singleton Park – and that the new coastal park was in “a highly residential area”.

Mr Evans said residents already put up with a lot of disturbance in the marina and that noise from some of the play equipment at the coastal park had forced people who worked from home to close their windows.

He said alcohol should be served in plastic glasses for outside consumption, and urged the committee to reduce the proposed licensing and live music hours. “I would say eight or nine o’clock at the latest,” he said.

On the matter of licensed premises in parks, Cllr Cheryl Philpott said there was a pub by the boating lake near Singleton Park, while a council officer said The Junction, by the Blackpill Lido, had an alcohol licence.

Mr Hole then addressed the committee to say he shared a lot of the residents’ concerns about noise and nuisance at the coastal park.

He said: “I think us (The Green Room) being there will be a deterrent.”

Mr Hole reckoned the chances of skateboarders, for example, buying a slab of beer at the Tesco superstore over the road and then consuming it at the coastal park were lower due to The Green Room’s presence.

He said of his own pricing structure: “We are a premium price venue. I don’t think you can buy a pint for less than £5.50. That was done purposefully.”

Mr Hole said he wanted to work with residents on any anti-social issues, and that the last thing he wanted was his customers feeling intimidated by other people drinking alcohol elsewhere in the park.

He also said glassware was preferable to plastic glasses because plastic ones were more likely to lead to litter problems. He said there had never been any problems caused by glass at The Secret Bar and Kitchen, at St Helen’s, which he also runs with his sister.

Councillors on the sub-committee had misgivings about the use of glass, with Cllr Philpott saying she felt high-end polycarbonate glassware would be a better option.

Before the sub-committee retired to consider its decision, chairwoman Cllr Penny Matthews asked Mr Hole if he would consider re-usable non-glass containers for customers who wanted to have a drink outside.

He said he would need to research them and check that they could go through the venue’s dishwasher, for example.

“If there is a solution, we could definitely look at it,” he said.

The sub-committee will notify Mr Hole and interested parties of its decision within five working days.