Davies, Davies & Evans jailed for posession of drugs worth £3,345 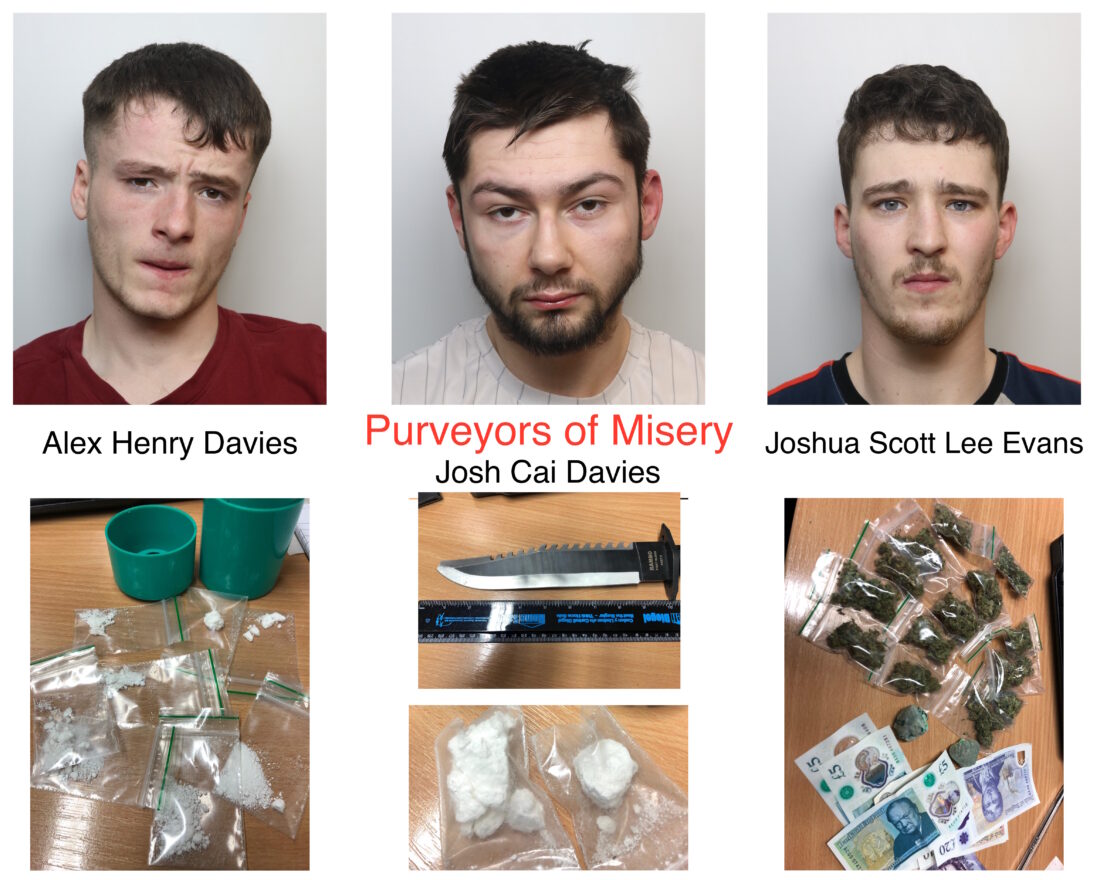 THREE men have been sentenced to a total of six years in prison after pleading guilty to possession of drugs with the intent to supply.

There, following a search of the property, they arrested occupant Joshua Davies 19, along with Alex Henry Davies 18, also of Park Hall and Joshua Evans 23, of Heol y Meinciau, Pontyates.

Officers also seized drugs with a street value of £3,345, which included 144 grammes of cannabis, 14.53 grams of high-purity cocaine and a small number of ecstasy tablets. Also recovered were four mobile phones, approximately £400 in cash, a BB gun and a Rambo-style hunting knife.

DI Rhys Jones said he was pleased his officers had secured a prosecution and prison time for each of the men.

“All three provided ‘no comment’ answers during interview and pleaded not guilty at an initial hearing but the excellent work of the PPT team produced an evidence pack that gave them no choice but to plead guilty in court,” he added.

“The investigation was delayed due to extensive phone and forensic work as well as the pandemic, so we’re pleased to get the result.

These three men have involved themselves in the distribution of drugs, which is spreading misery through our communities and will not be tolerated

“Our message to anyone else thinking of dealing drugs is that we will be coming for you and you will be punished.”