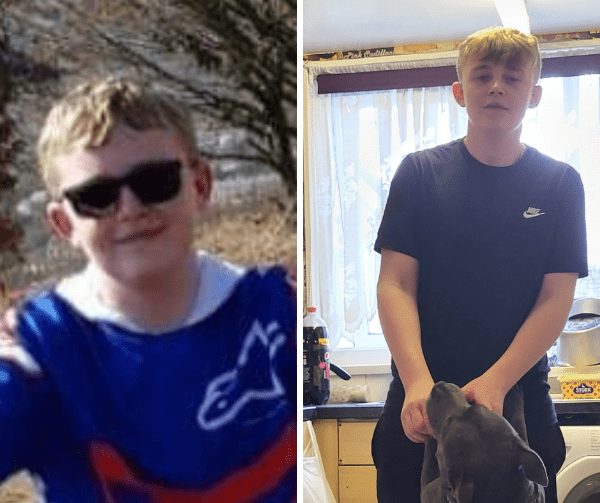 The family of Myron Davies, 15, from Pontypool, has paid tribute to him describing him as a ‘popular’ and ‘happy boy’ who ‘was loved by all’.

Officers were called to Limekiln Road at around 6.30pm on Wednesday 6 July after reports that a boy and a 14-year-old girl had fallen at a quarry.

The boy was pronounced dead at the scene by paramedics from the Welsh Ambulance Service.

The boy can now be named as Myron Davies; his next of kin have been informed and are receiving support from specialist officers.

His family has also issued the following tribute to him:

“Our son, Myron Davies, tragically lost his life on Wednesday 6 July at approximately 6.30pm. He was the son of myself, Sarah Davies, and the son of my partner Paul Jeffries. He was also a brother to Jasmine Jeffries.

“He was a lovely nephew, grandson and cousin, and was loved by all.

“Our son, Myron, attended Abersychan School, he was a popular boy and loved by teachers and pupils.

“He was a happy boy; he always had a smile on his face. He was regularly seen riding on two wheels by the community and loved online gaming with family and friends on the Xbox and PlayStation.

“He will be missed by all his friends and family.

“As you can imagine, as his family we are all completely heartbroken and all his friends are devastated, as we try to make it through each day since hearing this heart-breaking news.

“We would also like to thank everyone for their kind messages and support at this devastating time.”

A report has been submitted to the coroner in relation to this death and enquiries are ongoing.

The girl from the Blaenavon area sustained critical injuries and was taken to the University Hospital of Wales in Cardiff for treatment by the Welsh Air Ambulance; she remains in a critical condition.