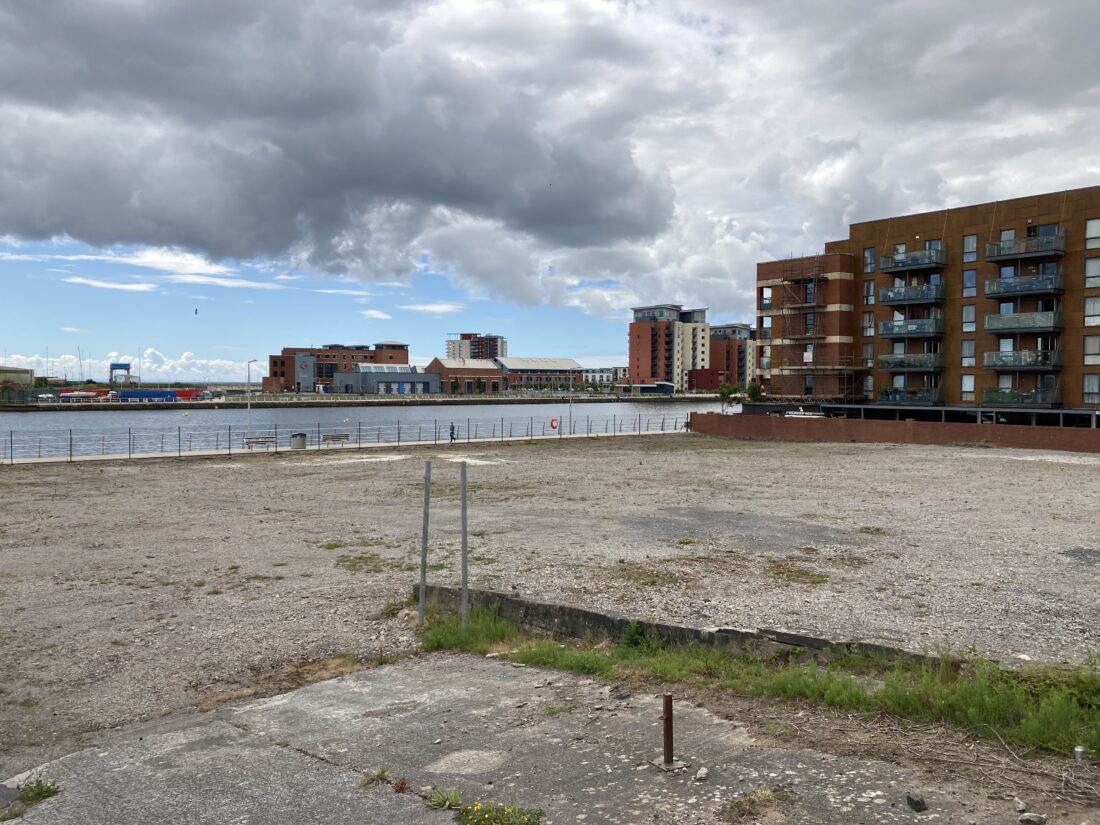 Pobl Group has submitted plans to Swansea Council for two schemes on three plots in SA1, while Coastal Housing has applied to build homes on another plot.

If given the go-ahead they will all be built around the Prince of Wales Dock, which has been transformed from the industrial facility which opened in 1881 to handle Swansea’s growing copper, zinc, iron and tinplate industries.

The largest of the three planned developments, by Pobl Group, is for 57 flats and 52 houses on two adjacent plots flats on the south-east corner of the dock. The estate would include 109 parking spaces, play facilities, trees and other greenery, and be accessed via a short link road from Langdon Road.

Pobl has also applied to build 35 flats and eight houses on a Langdon Road plot on the north of the dock, next to a block of flats called Harbour Quay. A design and access report submitted on behalf of Pobl described the Langdon Road location as stunning.

It said the affordable housing development would feature a central courtyard and maximise south-facing views across the water and over a new park proposed to the east. There would be 32 parking spaces, storage for 28 bikes, and new greenery.

Use of the dock declined through the latter half of the 20th Century, but it has been redeveloped – along with the rest of the maritime quarter – over the last 20 years. Housing and offices are the principal developments, but more recently the University of Wales Trinity Saint David’s (UWTSD) waterfront campus and the new HMT Sancta Maria private hospital have opened in SA1.

The Prince of Wales Dock has hosted triathlon events – the UWSTD Swansea Triathlon takes place on May 29 – and other watersports. Transforming it into a commercial marina has long been an aspiration for the Welsh Government, which has spearheaded SA1’s evolution, but in 2019 it said the £25 million project was not a priority.

Coastal Housing Group, meanwhile, has submitted plans for 24 flats and four houses on a Langdon Road plot to the north of the Prince of Wales Dock. This patch of land is at the other end of the planned park from Pobl’s scheme.

James Griffiths, head of development at Coastal Housing, said the houses, flats and duplexes would be high quality and either for sale through the group’s Pennant Homes arm or for rental through Coastal Housing.

“Subject to planning consent, we would aim to be starting on site in summer of 2023,” he said.