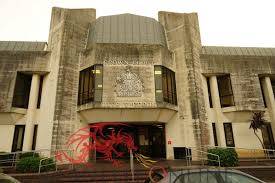 A NEATH man has received custodial sentences totalling 24 months at Swansea Crown Court in connection with a fraudulent attempt to claim a £25,000 Covid grant aimed at helping businesses stay afloat during lockdown.

His Honour Judge Geraint Walters sentenced him to 15 months in prison. This offending however was committed at a time when Mr James was already subject to a suspended sentence order from March 2019, for previous convictions of dishonest trading.  The Judge also partly activated that suspended sentence and ordered Mr James serve a further, consecutive, period of 9 months in prison, resulting in a total sentence of 24 months’ immediate custody.

Mr James had provided fake sales invoices for cars and a forged lease for a property in Port Talbot in order to attempt to claim a Local Authority Covid Grant of £25,000.  He claimed to have set up a car sales showroom in February 2020 when in fact it was vacant, and the new owner did not purchase it until April of that year.

“This sentence should act as a warning to others that those who wilfully attempt to defraud members of the public or the Authority will be prosecuted.

“These grants were put in place in order to ensure legitimate business were able to survive at a time of national crisis. False claims put extra pressures on those administering these claims prolonging the process for legitimate traders. The cost of such claims will be felt by consumers for many years.”

“This result is testament to the hard work of the Council’s Trading Standards officers and to our commitment to protecting the health, safety and economic wellbeing of Neath Port Talbot residents.”