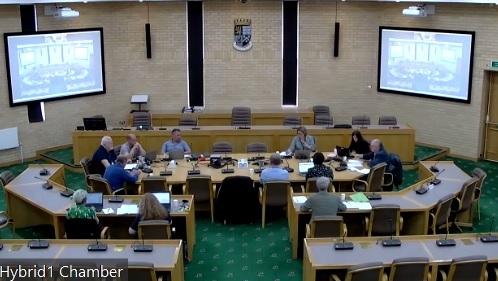 WORK  on a new area school – costing nearly £11million – for the Aeron Valley is due to start next Spring, councillors have been told.

An update on plans for the new school – replacing Ciliau Parc, Felinfach and Dihewyd primary schools – was presented to the learning communities overview and scrutiny committee on Thursday, June 30.

Cabinet member for schools, lifelong and skills Cllr Wyn Thomas said appointment of a contractor was expected next month and the designs will be agreed and signed off by November/December this year.

“It is anticipated that work will commence on site March/April 2023 assuming all process run smoothly and scheduled for completion July/August 2024,” he added.

This will follow agreement of outline and final business cases by Welsh Government and the final contract sum to be agreed in early 2023.

“the people of the valley are quite excited,” after many did not want to see the schools closed, but “the new school is ahead of us now and it’s nice to see the excitement.”

“There’s no doubt about it, this school will have to be a zero carbon school,” said Meinir Ebbsworth, corporate lead officer for schools, and meeting those targets is required by Welsh Government for the 65 per cent of funding it provides.

A national meeting of education bosses is due to be held to discuss increasing construction costs with the school’s costs rising form an initial £7million when first proposed in 2019 – and supply issues, as well as transport increases that are impacting schools.