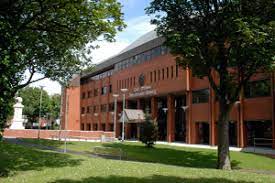 PARENTS and councillors have made a plea for a rethink on a decision to merge a nursery in Penarth with a primary school.

Bute Cottage Nursery is set to merge with Evenlode Primary under Vale of Glamorgan council plans opposed by hundreds. If approved, the merger of the nursery and the primary school would take effect in September this year.

The council’s cabinet was urged to rethink the merger, with some councillors claiming not enough attention was given to a public consultation where most people opposed the plan.

Councillor George Carroll, leader of the Conservative group on the Vale council, called in the merger decision to be looked at by the learning and culture scrutiny committee.

He said: “That’s a clear and significant majority of consultees who were opposed to this proposal. Insufficient consideration was made regarding those consultations responses.”

The scrutiny committee, which met on Thursday, February 10, also heard from parents, governors and trade union representatives about their concerns over the merger.

“It’s been difficult to get our voices heard during this process. Our concerns have always been about the wellbeing of our staff. If the amalgamation happens, the current positions of the majority of nursery staff are only guaranteed for 12 months.

“Long-serving permanent staff members who are in our current budget have job stability, will now only have guaranteed work for 12 months. Staff haven’t been offered any support from the local authority during this very stressful time.

“Bute Cottage should be held up as an example of how things should be done, not merged into a primary school with the sole purpose of fitting into a 3–11 year model, for which there is no proof of improved outcomes for children. We have asked for evidence on a number of occasions but none has been forthcoming.”

“It was disappointing that there wasn’t more consideration for the issues we raised. Bute Cottage has its own headteacher, budget, governing body, and specialist staff. Those are the magic ingredients that come together to create the exceptional setting for education.

“I have three children. All three of them were lucky enough to go to Bute Cottage, and they all attend Evenlode now, and Bute Cottage was just a really wonderful experience for them. I got to know that nursery really well. Because of that I’m absolutely passionate about the provision there.”

Concerns over the merger include the possible relocation of the nursery to the Evenlode Primary School site, although this would be several years away and only a potential move; and a change in the teaching style. The Vale council has said the merger would help provide continuity and stability for pupils to attend the same school from three to eleven years.

Cllr Rhiannon Birch said the concerns were overblown and “disappointing”, and added high teaching standards would be kept after the merger.

“It’s very disappointing their lack of trust in teaching professionals who will continue to maintain high standards, to provide pastoral care, education and all the different aspects of nursery education. It seems to me incredible to believe that all of this should be going out of the window simply because we’re talking about the governing body.”

Cllr Lis Burnett, cabinet member for education, said no changes to staff will be made as part of the merger, which would be restricted to how the school and nursery are governed.

“A consultation is not a referendum. It’s where we listen to views to see whether there’s any reason why the agreed policy … should not be applied. The nurseries would only be merged at a governance and leadership level, and there would be no change to where they’re operating. Those nurseries are not moving.

“There will be no change to staffing or surroundings. There’s no reason to think that anything in terms of teaching and standards of learning in these schools will be altered in any way at all.”

Asked about a potential future feasibility study into relocating the nursery next to Evenlode, she said: “Because you would want to see whether you have the best model, and whether it would be better if it were on one site. I’m on record as saying I don’t think it would be feasible.

“But there were comments of people who don’t have cars, who live in the Evenlode catchment area, and actually walk from lower Penarth up to the nursery every day and back.

“So you have to do a feasibility [study], to see whether or not that would work. But there is such a workload on the 21st Century Schools team, that unless it was prioritised, it would be a number of years before we could even look at it with the amount of other work.”