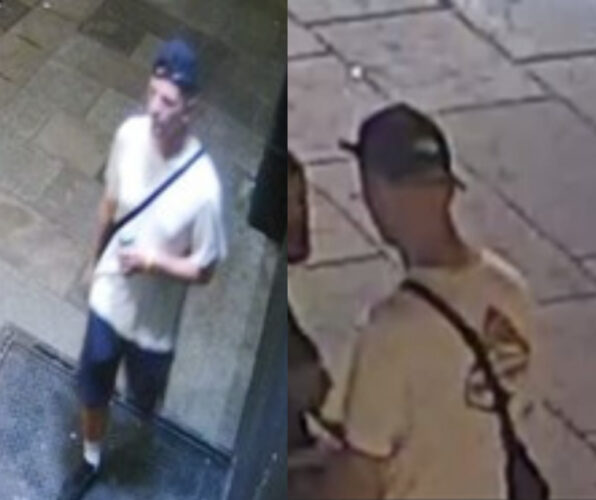 South Wales Police investigating the death of Gary Jenkins at Bute Park in Cardiff are appealing for the public’s help in identifying two possible witnesses.

Dr Jenkins, aged 54, died at the University Hospital of Wales, Cardiff, on Thursday, August 5 after being the victim of an assault during the early hours of Tuesday, July 20.

Three people have been charged and remanded in relation to his murder and detectives are not currently looking for anyone else in connection with the assault.

However, an appeal is being made to identify two people who may have information which could assist the investigation team.

“I would like to thank the community for the excellent support they have provided to this investigation to date, which has helped enormously.

“We are now making a further appeal for the man and the woman in these images to come forward, so that we can speak with them about their movements and interactions in Cardiff City centre during the relevant time.

“We believe the man would have been in the vicinity of the top of Queen Street near its junction with St John Street at around 11.30pm on Monday, July 19.

“A few hours later, between 1.40am and 1.45am on Tuesday, July 20 the woman was at the same location sat on a bench speaking to a man.

“I must stress that these people have done nothing wrong but they may have important information that would further assist our enquiries in relation to what happened to Dr Gary Jenkins.”

Information or footage which could assist the investigation can be submitted via an online portal https://mipp.police.uk/operation/62SWP21B34-PO1
Alternatively, contact us by one of the following means quoting occurrence *254215.
Go to: https://bit.ly/SWPProvideInfo
Send us a private message on Facebook/Twitter
Via email: SWP101@south-wales.police.uk
Phone: 101
Information can also be given to Crimestoppers anonymously on 0800 555 111.