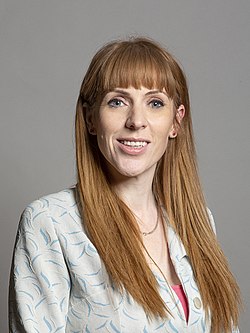 “Thank you to Mark and Carolyn for inviting me to address Welsh Labour Together and I want to start by thanking Mark Drakeford and his Cabinet for all the work they have done this year in response to the Coronavirus crisis and for protecting the people of Wales, and protecting lives and livelihoods.

“Every day we see the difference that Labour in power makes.

“Last night the Tories in Westminster voted against extending free school meals in the school holidays. In Wales, Labour has made sure that every child will get fed and every family has that security.

“Last night the Tories voted against proper economic support for people and businesses in areas facing restrictions. In Wales, Labour has gone above and beyond the support on offer from Westminster to support businesses, safeguard jobs and protect people’s incomes by delivering the most generous business support package anywhere in the UK.

“In England the Tories are lining the pockets of management consultants and Serco shareholders, spending billions on a test and trace system that has collapsed. In Wales, the system is working effectively because it is run locally and as a public service, focused on saving lives not boosting profits.

“In England the Tories are following a course of action that their own scientific advisors have said will not be enough to bring infections down, and that the Prime Minister himself admitted only has a chance of working.

“So as I said in Parliament yesterday, I am proud of the Welsh Government, I am proud of Mark Drakeford and how you are putting lives and livelihoods in Wales first.

“The Prime Minister has clearly lost control of the virus and he has no plan. Infections are rising, hospital admissions are rising and tragically so are deaths. Boris Johnson should follow Mark’s lead, follow the scientific advice and act now to control infections, protect our NHS and fix the testing system.