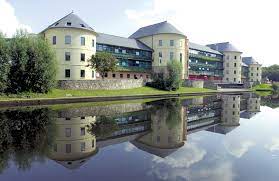 THE desperate shortage of social workers continues and workloads are increasing but Pembrokeshire council has plans to ‘grow’ even more of its own to bridge the gap.

Head of children’s services Darren Mutter said in the long term recruiting, training and employing people in the area to be social workers was the best strategy for increasing staff members as the UK faces a lack of applicants.

Members of the social care overview and scrutiny committee heard on Thursday (June 16) that there were 13 vacancies in the social services department dealing with children and young people with a similar situation in adult services.

There had been times in the last few years where no applications had been received to job adverts in both departments, Mr Mutter told members.

Mr Mutter was awaiting bid decisions to the regional integration fund to support the training of six social worker positions a year where a person applies for a salaried role, has university fees paid and has a position with the local authority on qualification.

This scheme has already been successful in the county but could be increased with additional funding, members heard.

The second bid related to special guardian support services that allow children at risk of being taken in to care to stay with other family members or suitable carer will result in n expansion of the service and increase in support for those involved, the committee heard.

Mr Mutter added that the pressure on a staff was “enormous” however, they are “extremely dedicated, work really hard and do a tremendous job protecting and supporting children and families in Pembrokeshire.”

Plans for a Pembrokeshire based facility for children with complex needs – some of whom have been sent as far as Glasgow in the past – is underway and will improve outcomes for young people involved, as well as a home for those with physical difficulties in the pipeline.