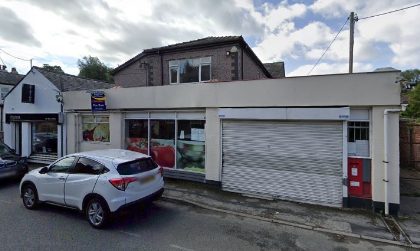 A FORMER village convenience store in Wrexham which has stood empty for more than four years could soon be converted into a restaurant.

The Spar and Post Office on Station Road, Rossett, closed in October 2016 after more than four decades of trading.

The family who owned the shop said they had taken the decision to shut for good in response to the difficult economic climate.

While the property has not been used since, plans have now been revealed to turn it into a restaurant.

An application submitted to Wrexham Council shows the business would accommodate customers wanting to have a sit-down meal, as well as providing a takeaway and delivery service.

In a planning statement, those behind the scheme said it would result in the creation of at least 18 new full time jobs.

They said: “The shop was formerly a family run Spar shop with a post office and includes a single residential dwelling with accommodation above and to the rear of the shop.

“Since closure the building and retail shop front has deteriorated and is in need of replacement/refurbishment.

“It is proposed to change the use of the existing ground floor shop area situated at the front of the building and the rear residential area into a restaurant for a maximum of 54 seated customers.

“It will be necessary to provide a commercial kitchen and also suitable toilets accommodation for the use of the customers.”

They added: “To facilitate this and also provide an economically viable restaurant business it is considered necessary to incorporate the existing ground floor residential facilities into the commercial premises, thus forming a first floor flat.

“The occupancy of the flat will be limited to a staff member/s of the restaurant below.”

The proposals show that the back garden of the property would be used to provide an outdoor seating area.

The suggested opening times for the business are from 8:30am until 10pm.

The statement adds: “The applicant is very keen to improve the appearance of the existing building which is very prominent on Station Road, as the building currently does not present a prosperous appearance.

“It is contended that it is very likely that the use as a restaurant will retain commercial activity on Station Road…and as a result of this ‘change of use’ will enable the remaining businesses to benefit from the increased public presence and foot fall within the area.”

A decision will be made on the application at a later date.