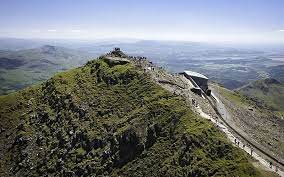 A MOUNTAIN hostel  in a stunning area of Snowdonia has won an appeal to extend its accommodation  – on the condition it won’t be used as a second home.

An application to convert  a store/bunkhouse into a small one-bedroom annex at the Snowdonia Mountain Hostel was previously turned down by the Snowdonia National Park Authority.

But the decision to refuse the plans, at the Tai Newyddion building at Nant Ffrancon was recently overturned.

A Welsh Government  appointed Inspector Siân Worden found in favour of hostel appellant Jill Hughes after she appealed under Section 78 of the Town and Country Planning Act 1990.

The hostel, in the Ogwen Valley, is on a narrow, single track lane, parallel to the A5.

The inspector’s report described it as being in a “spectacularly scenic and sparsely populated” area.

The building was formerly the site of the Tai Newyddion Naval Air Command Mountain Centre.

Overlooking Tryfan, the Glyderau and the Carneddau mountains, the hostel, accomodates 24- 26 people, including scouts, schools and others who come to walk and climb.

The SNPA had raised concerns over the effect of the proposed development on the “special purpose and qualities “of the National Park, with regard to its “character and appearance,” but also as to whether the “disposal of foul effluent “would be “appropriate and effective.”

The existing building the inspector said, was “simple and plain” with “few features,  of little interest architecturally or historically.”

“Its form and character would still be perceptible” in the refurbished building, she reported.

The existing roof was to be 2.5m and the addition would take the height to 4.1m, a similar height to the building’s rear wing, not visible from the A5 or head of the valley.

“By reason of its small scale the proposed extension would be imperceptible,” she found.

Although of a “slightly unusual appearance”, its scale, the use of natural materials including larch roof cladding would prevent it from being “incongruous or dominant.”

A permit and documentation to National Resources Wales had since been received, confirming the NRW had “no objection on foul drainage grounds.”

The inspector considered the benefit of the hostel scheme, help for the business return to its pre Covid “level of activity” whilst its provision of tourism accommodation were considered.

The appeal was granted with conditions, including that it could only be used for short-term holiday let, “in accordance with and ancillary to the hostel’s purpose, not as a second home”.

“No person will be allowed to occupy it, for more than 28 days in any calendar year,” she said.

An up-to-date register of names of occupiers, and main addresses would be maintained and information made available to the planning authority.

A spokesperson for the hostel said:

“We were shocked and disappointed that the National Park didn’t support us, we had to go through the expense and time of an appeal, but we are pleased we go there in the end.

“It’s just a small addition to our hostel, never something that was going to affect a traditional building, it isn’t one, it’s been modified many times over the years.

“We’ve kept up some of the measures, and offer the hostel for exclusive use.”