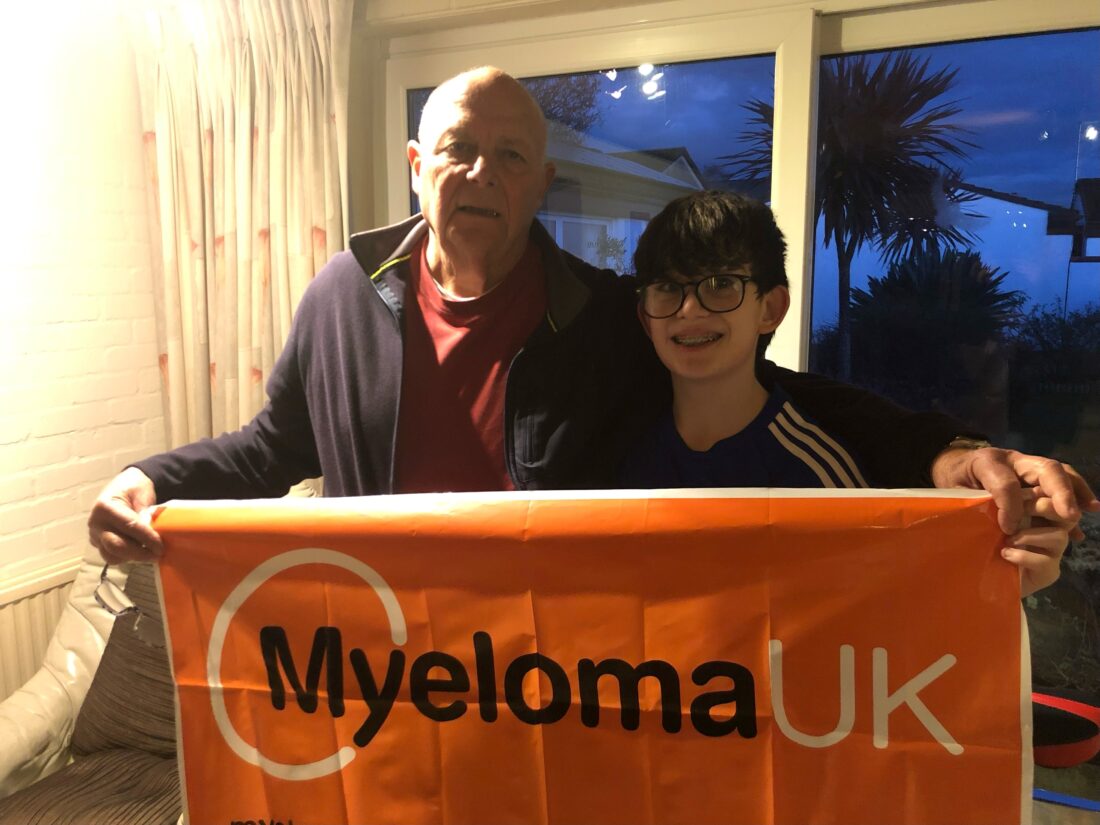 University Hospital of Wales has scooped a national award for its commitment to patients living with incurable blood cancer for the second time.

The hospital’s haematology team was today (Thursday, June 16) presented with the Myeloma UK Clinical Service Excellence Programme (CSEP) Award in recognition of its outstanding care and unflagging dedication to patients with myeloma, an incurable blood cancer which claims the lives of 3,000 people in the UK each year.

This is the second time UHW has received the award, which is only handed to a select few hospitals every four years.

UHW was praised by Myeloma UK for its eagerness to adapt to patients’ needs and going out of its way to make sure those who struggle to travel to the hospital receive cancer treatment at home.

“The UHW myeloma team is very grateful and proud to accept this award. Caring for our patients is at the forefront of everything we do and we have a lot of respect for the knowledge and support that Myeloma UK provides for patients and their families. It is an honour to accept an award for excellence in patient care from such a trusted source.”

Myeloma is especially hard to spot as its symptoms are often vague and dismissed as ageing or other minor conditions. By the time many patients are diagnosed their cancer has advanced and they require urgent treatment. This can significantly impact their chances of survival and quality of life.

The accolade, awarded by charity Myeloma UK, recognises hospitals’ commitment to raising the bar for treatment and providing compassionate and personalised care to patients.

Flora Leonard, Clinical Practice Services Senior Projects Officer at Myeloma UK, said: “Myeloma is a complex cancer which can be challenging to manage so we were extremely impressed by the haematology department’s willingness and ability to offer bespoke care and make sure no patient is left behind. From arranging for the most vulnerable to receive cancer treatment at home to educating local GPs about the tell-tale signs, the team work extremely hard to support those affected by this lesser-known cancer and spread awareness of myeloma out in the community.”

UHW patient Joe Parness, 77, from Marshfield, Newport, was diagnosed with myeloma back in November 2017 after a routine check-up at the GP. Doctors initially suspected prostate issues but eventually realised Joe’s symptoms were caused by an incurable blood cancer.

“I’ve been in the hospital’s capable hands ever since,” said Joe, whose devoted grandson, Oliver Papadakis, 13, recently raised just shy of £1,500 towards a cure for myeloma. “As you can imagine when you first discover that you have got myeloma it’s really frightening but the team have been really reassuring and they’ve given me a lot of confidence.”

He added: “It’s a wonderful, wonderful team, without exception, from the nurses and doctors themselves to the chemist. They answer your phone calls or emails immediately. They’re there for me day and night. During the period of COVID, getting anti-myeloma medication was an issue but the chemist was happy to come out and deliver them to me. People go out of their way to help. They help me carry on living my life, not only physically but mentally.”